After a couple of months, Dr. Sole has finished rebuilding some of my English footwear, and here they are!

I’m a work-wear fan, and so with these rebuilds, I had hoped to shift the aesthetics of these British style country footwear to something a little bit more ‘work’. That means, really, a combination of natural leathers and rugged synthetic soles.

I’ll let the photos do most of the talking today. 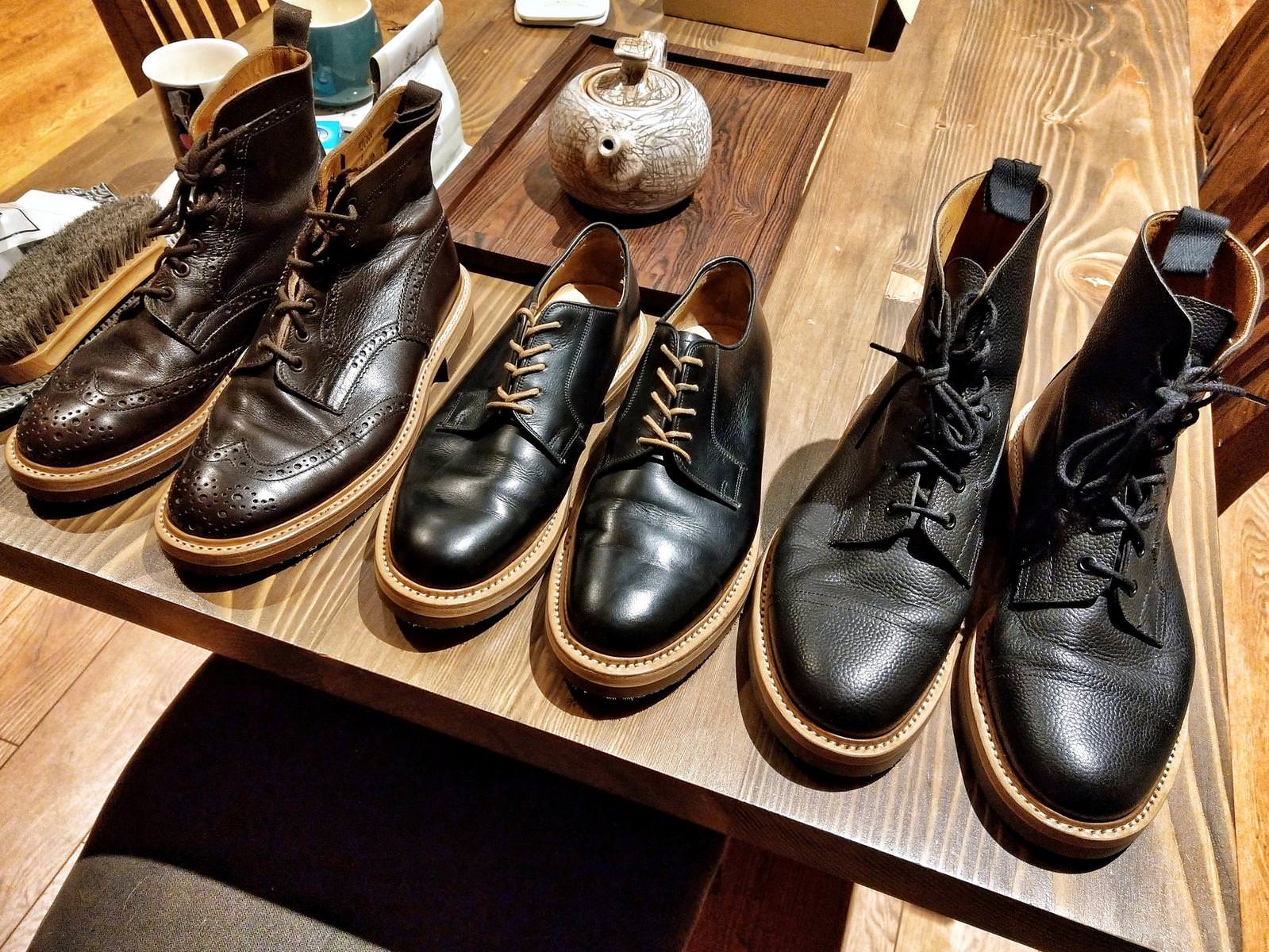 They forgot to fix up the internal components of my RM Williams boots, so I’ve got to send that one back, hence no photos of it today. 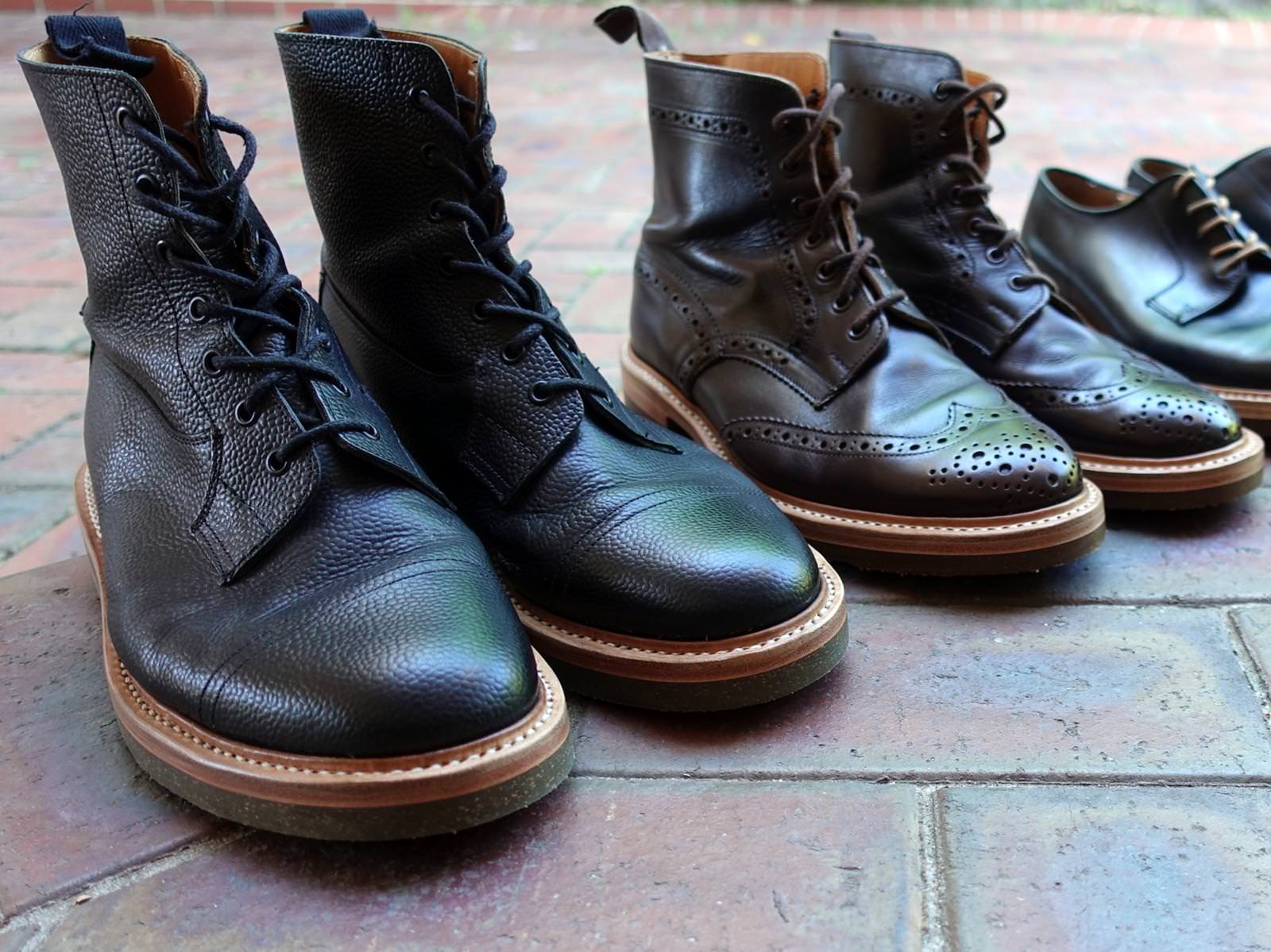 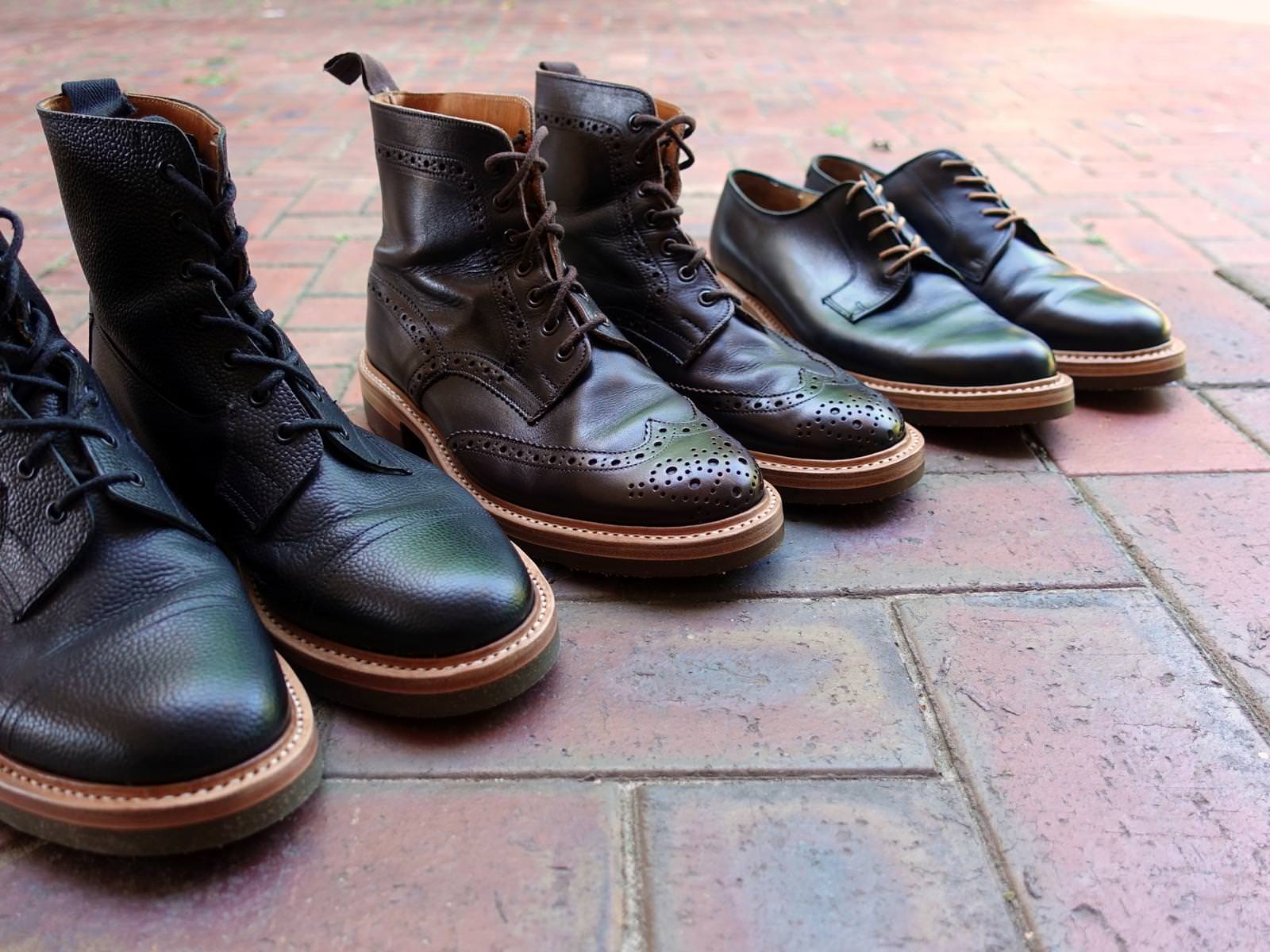 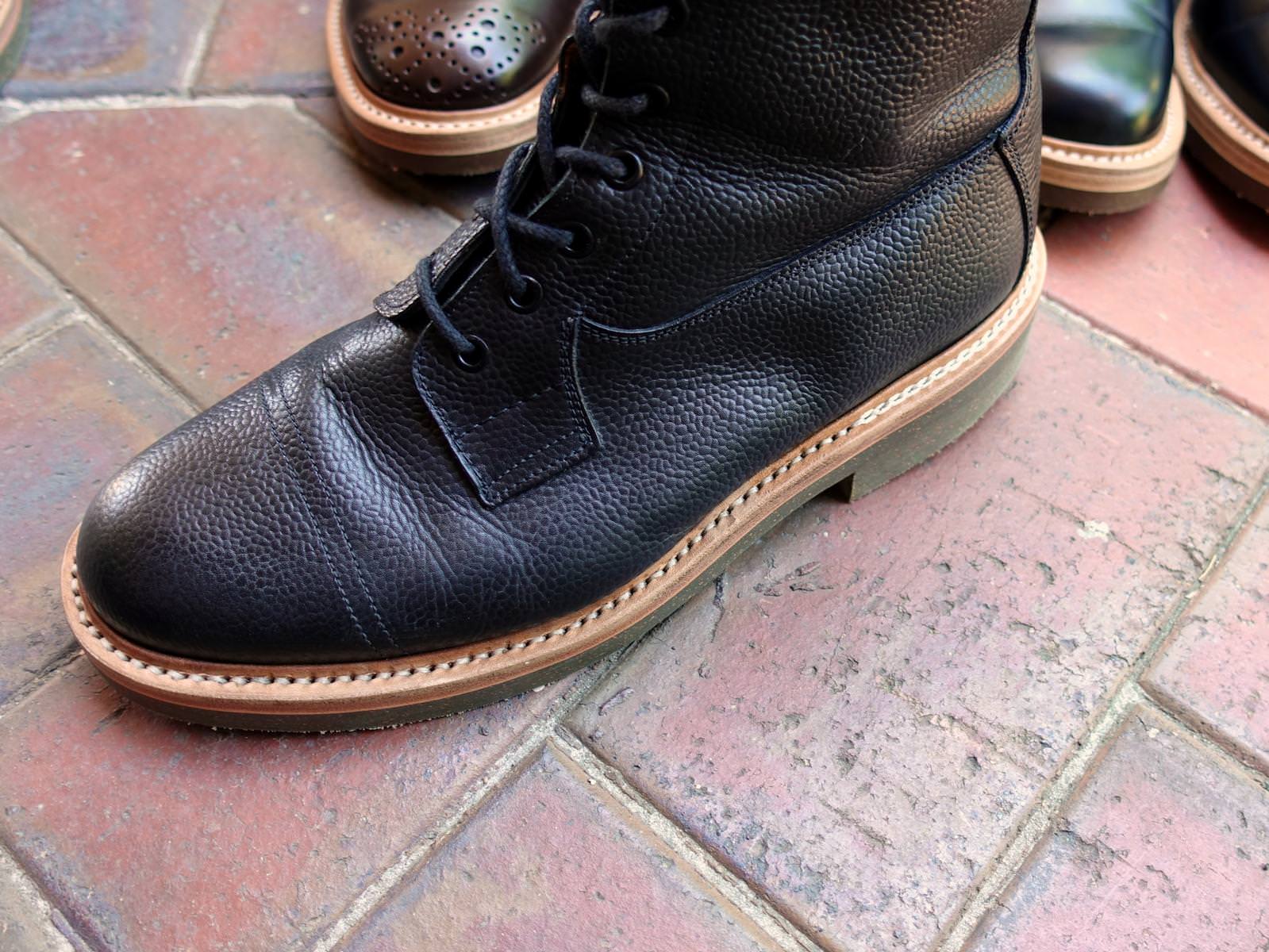 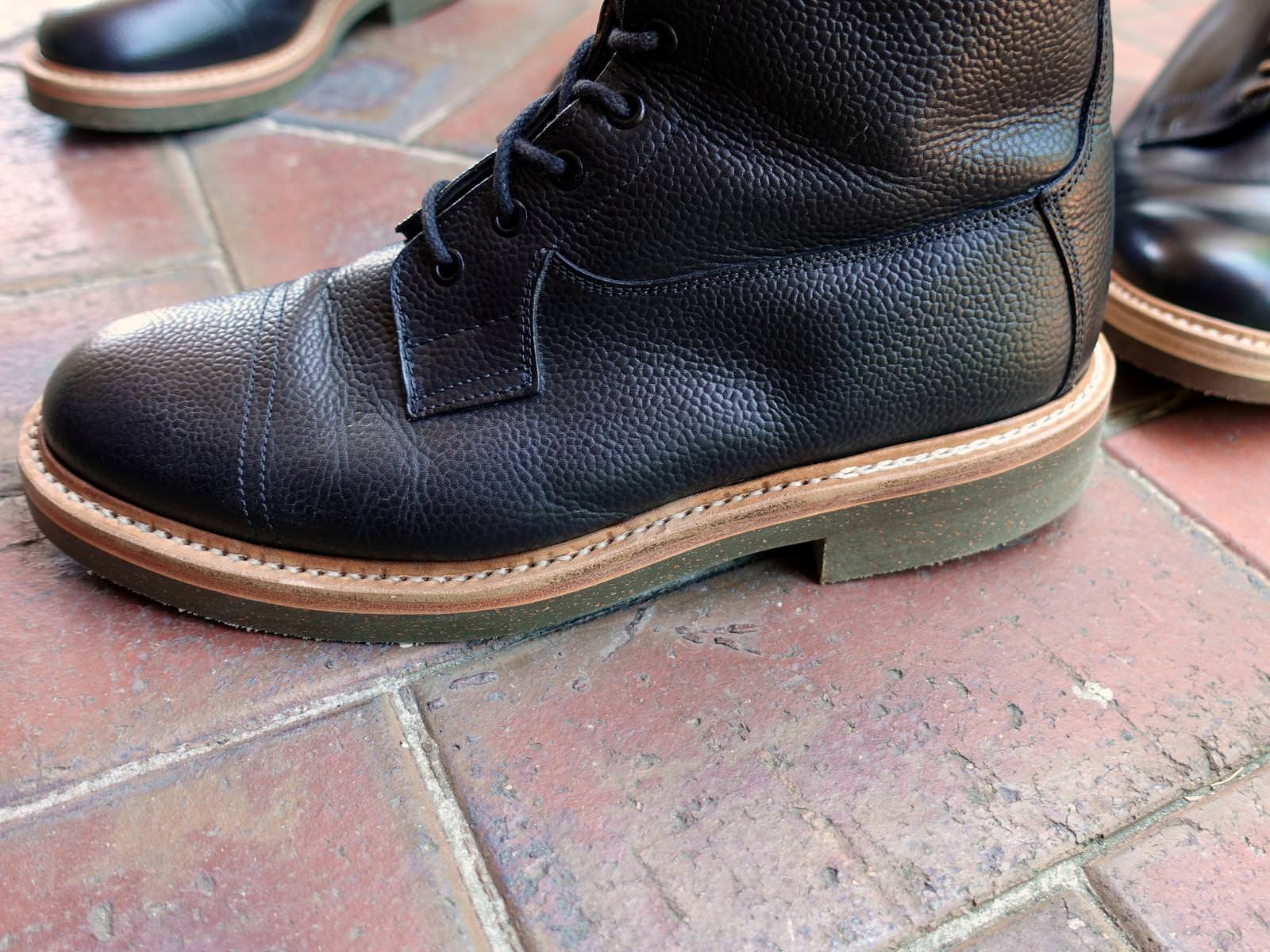 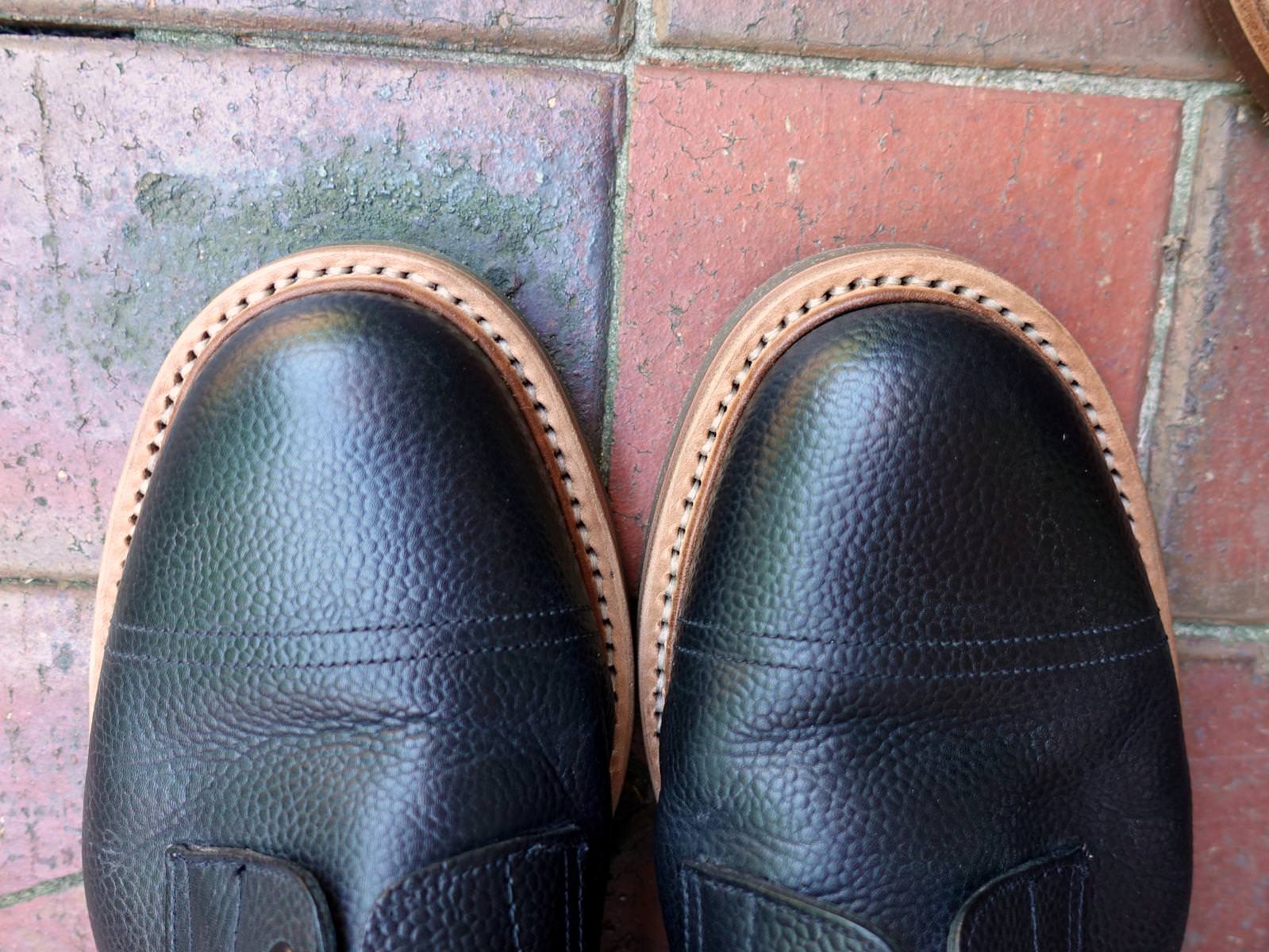 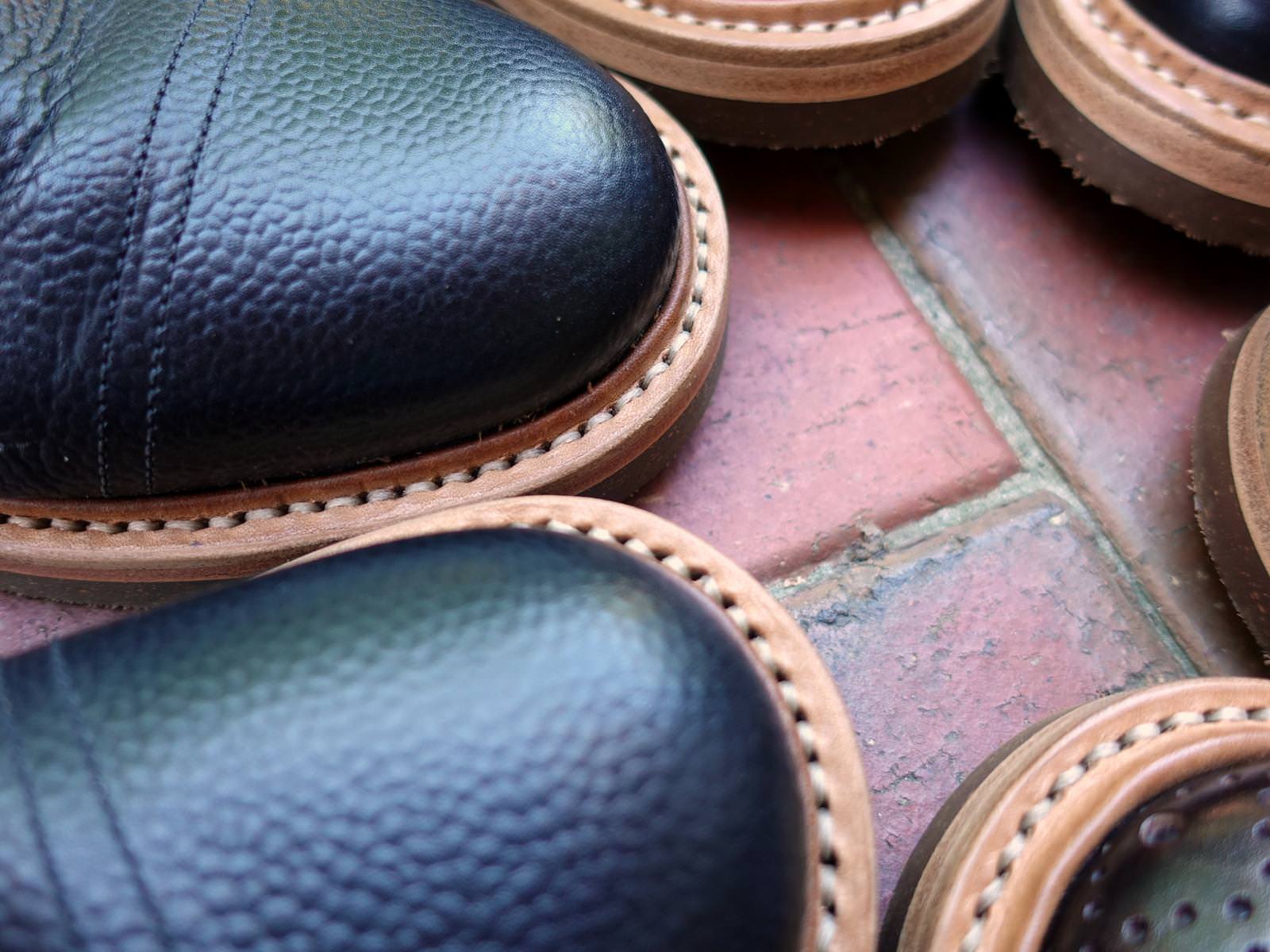 The Norvogese stitching at the back is pretty awesome! 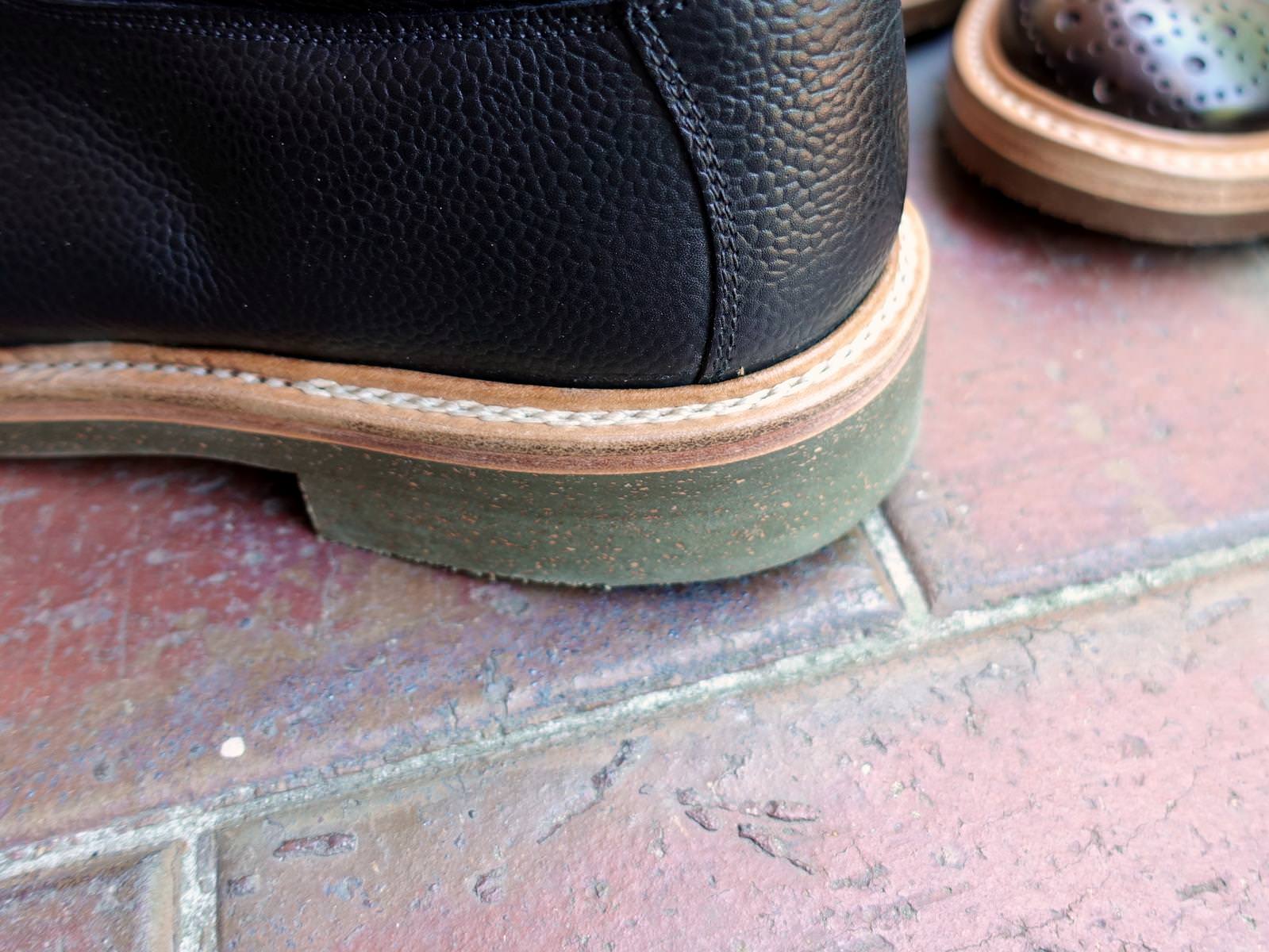 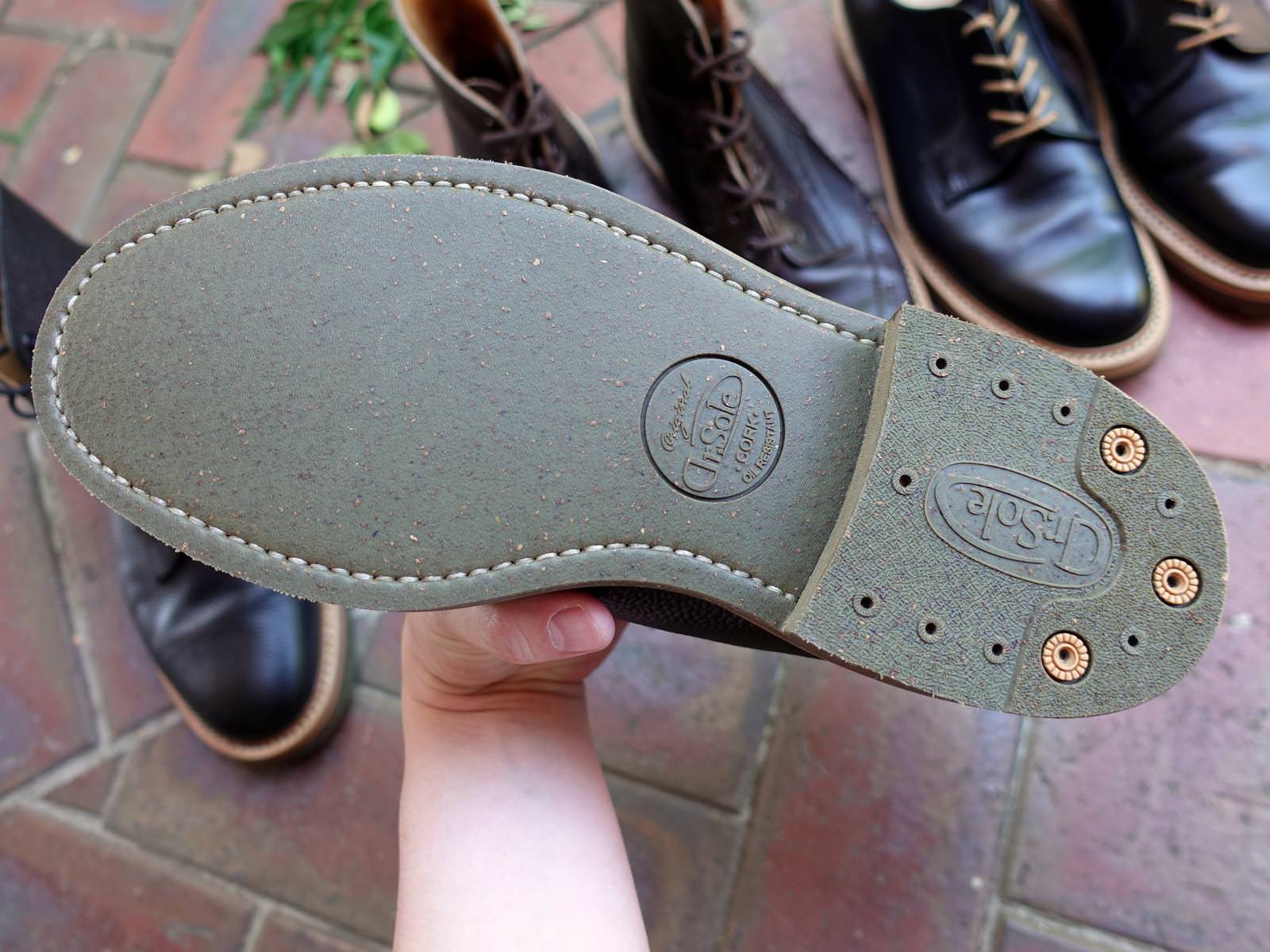 The old laces were nearly broken, so I bought new laces in a few colours, here’s the red: 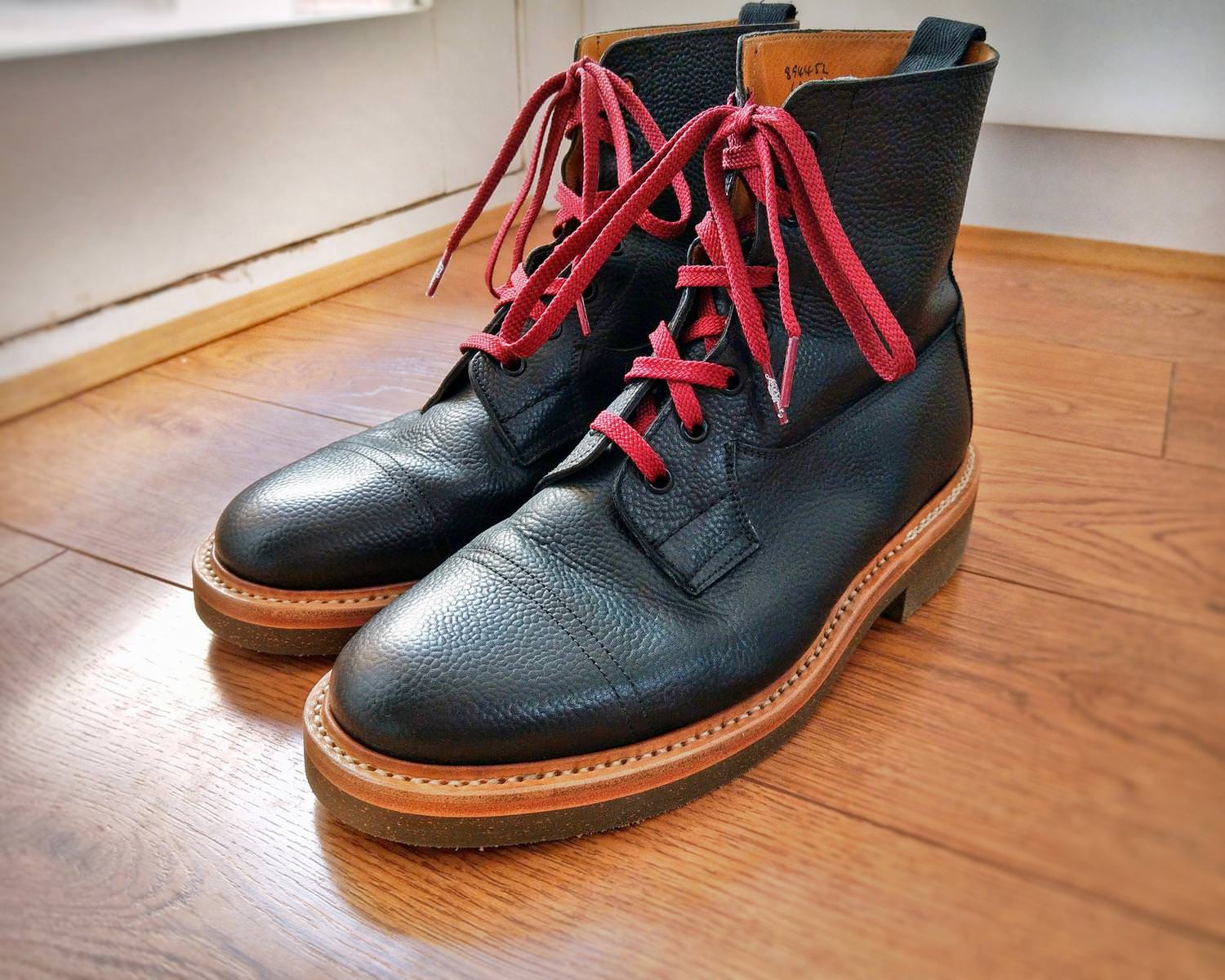 The Stow boots came out really awesome too, having undergone a similar rebuild, the differences being in the outsole and the leather heel-stacks: 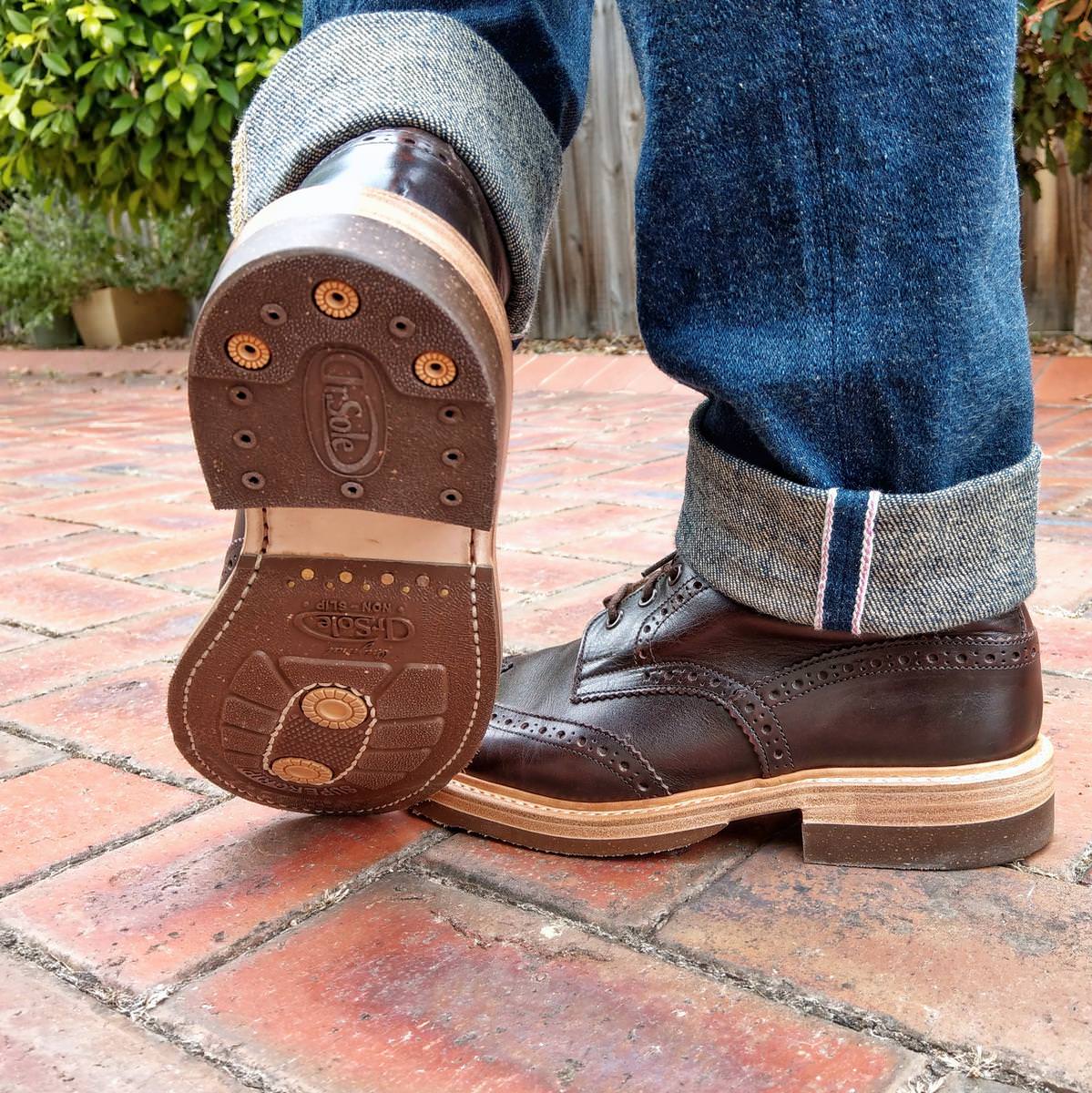 Out of all the pairs, I reckon the Stows came out nicest… 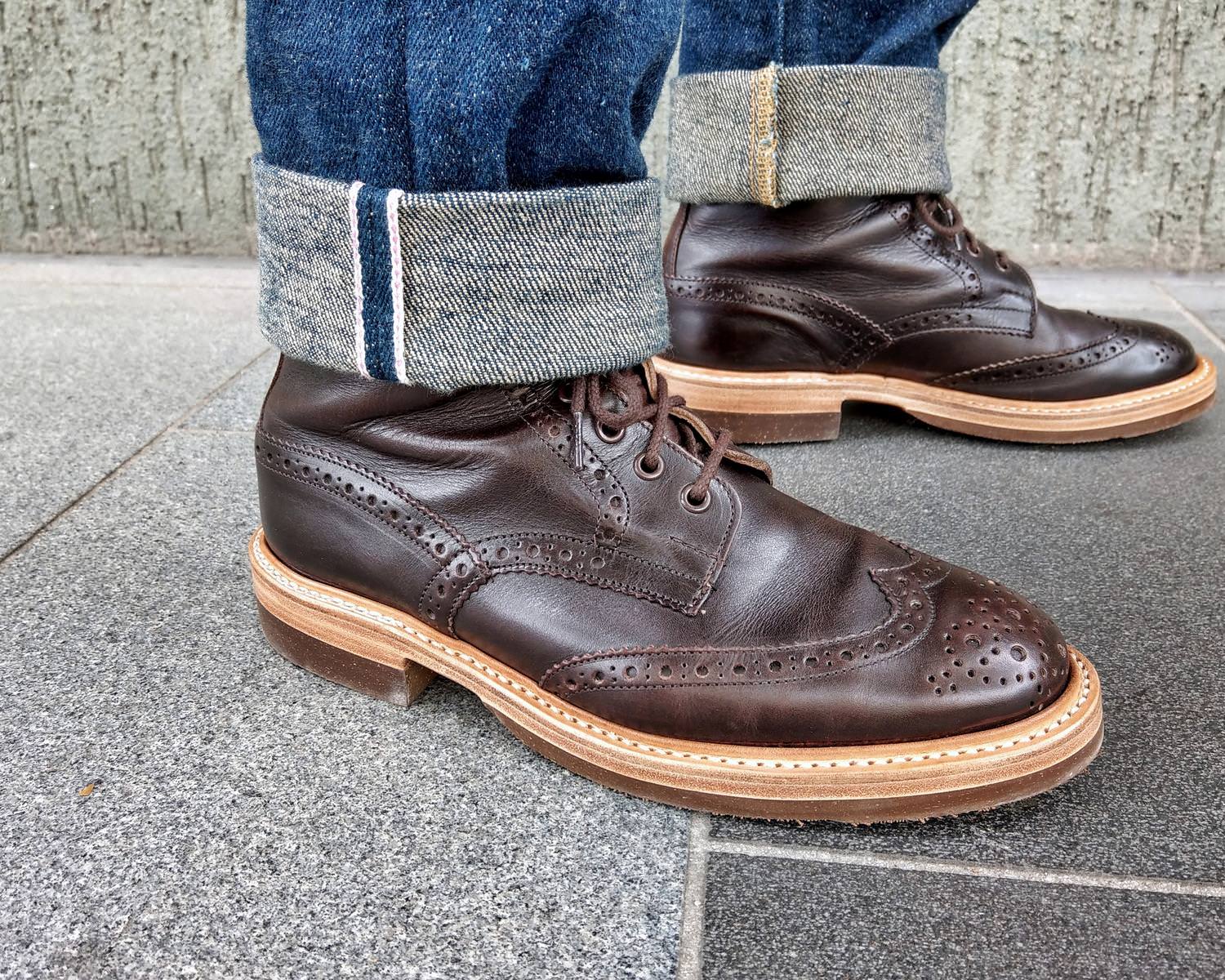 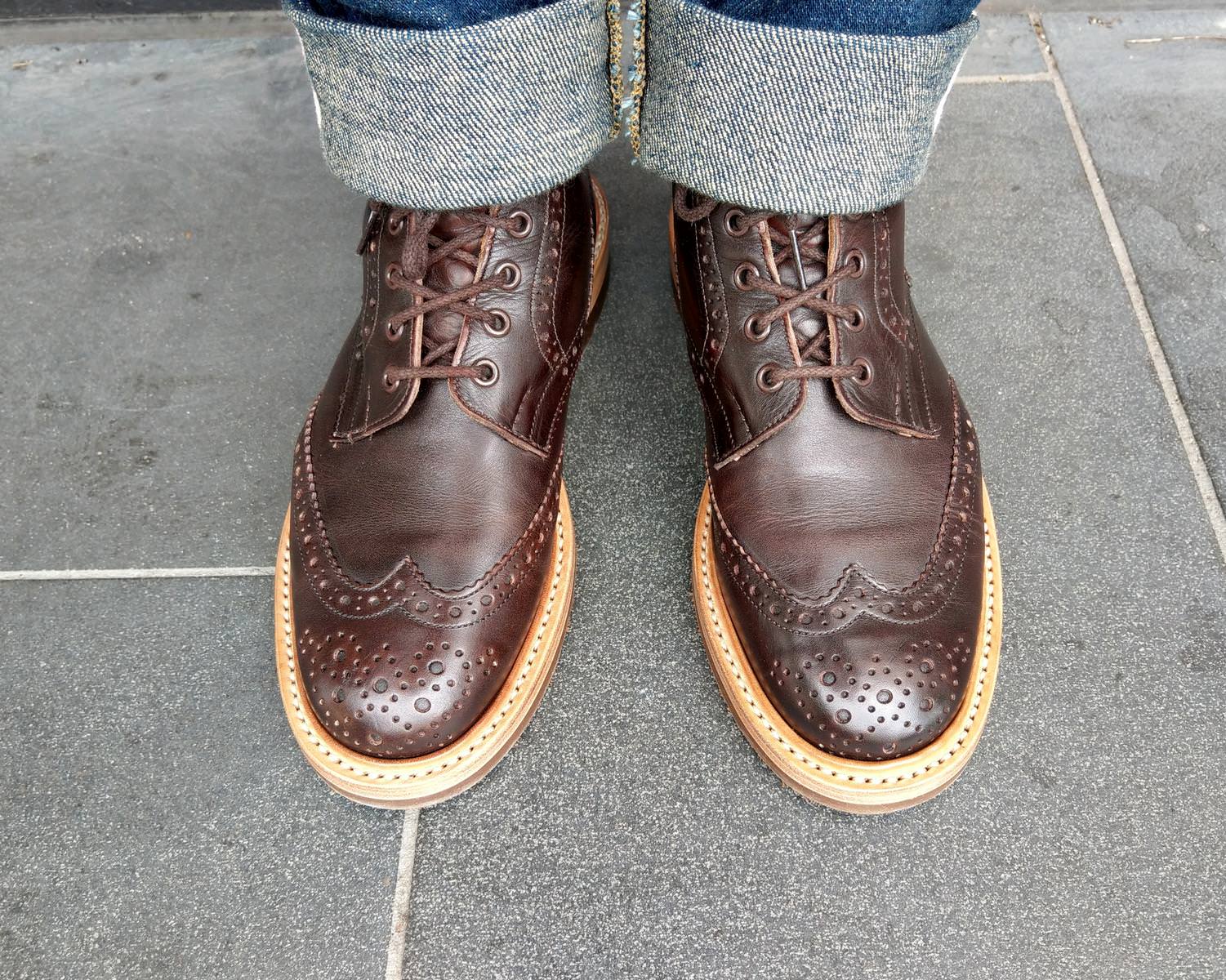 To be fair though, IMO, the Stow is a better pair at baseline compared with the Grasmere or Barker shoes anyway. 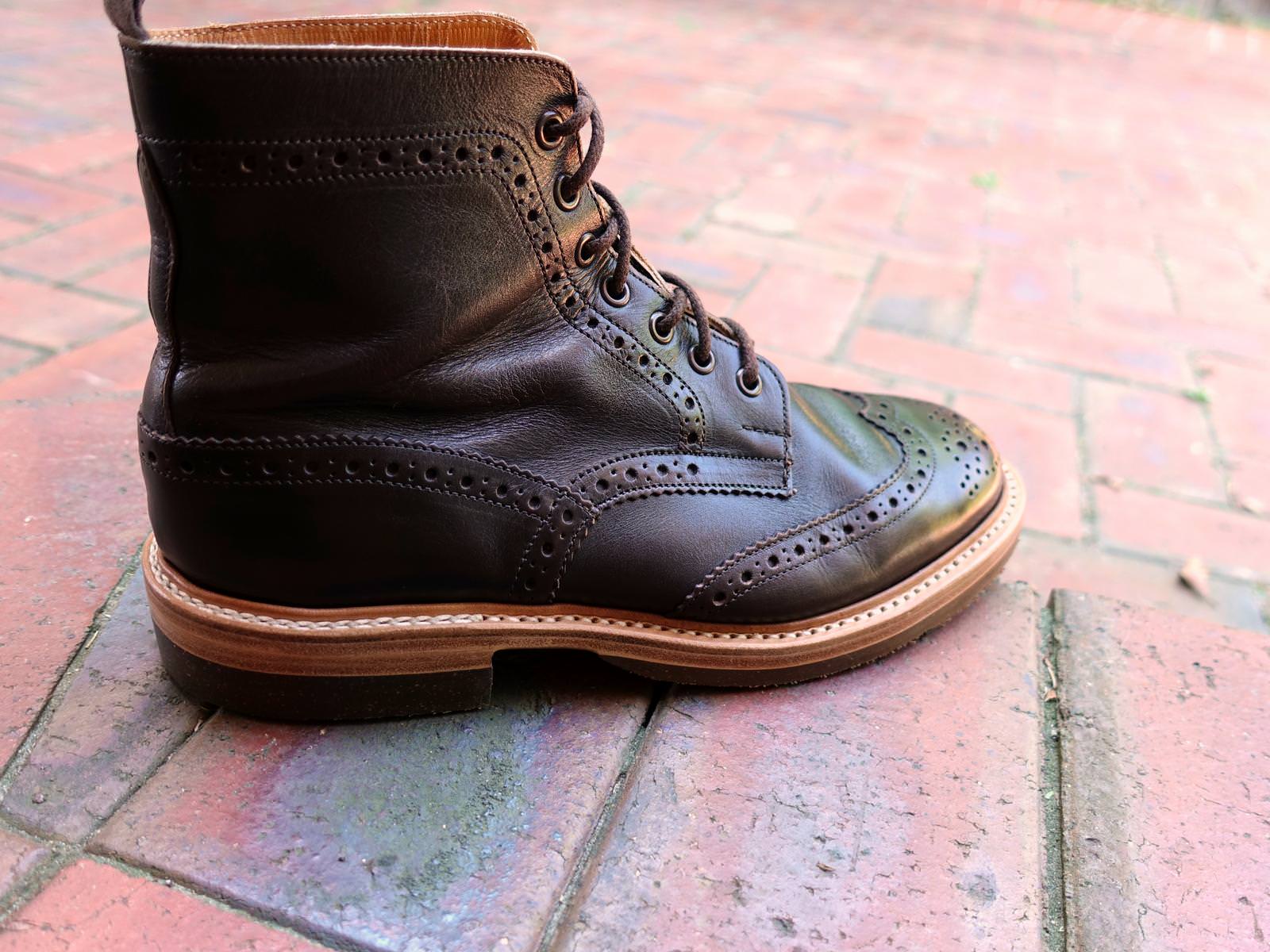 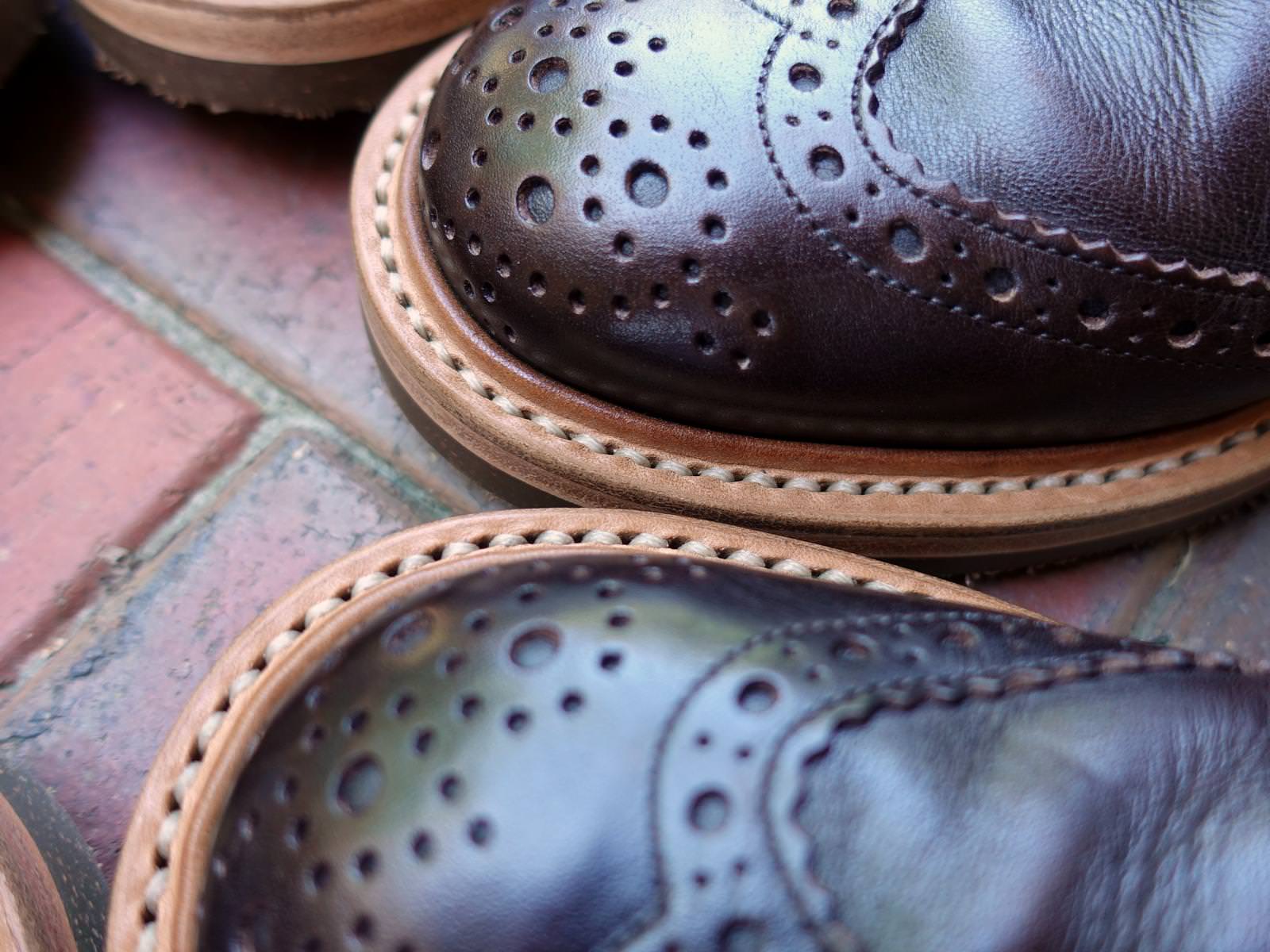 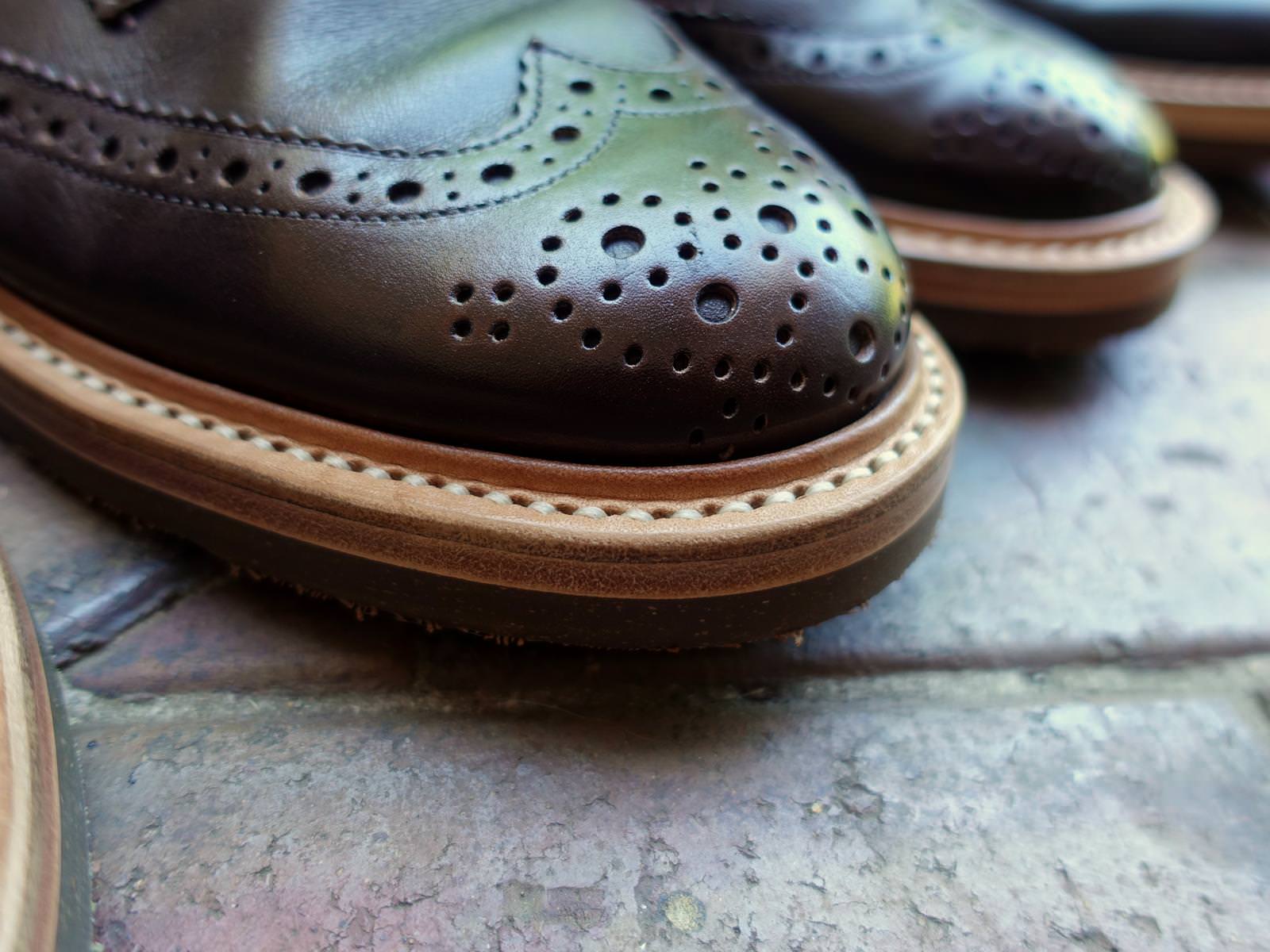 The stitching and execution on the edges, weltings and midsoles are simply fantastic! 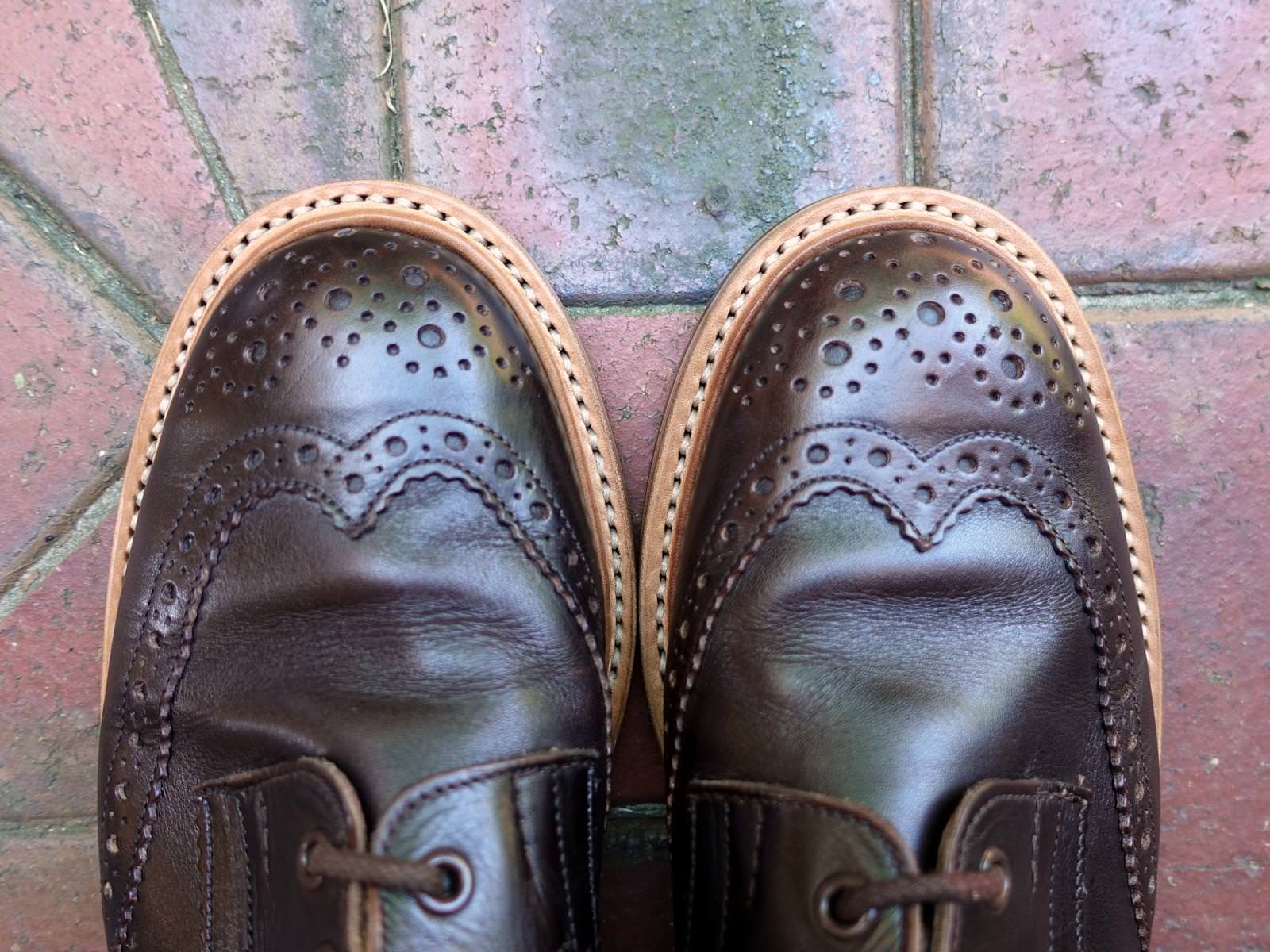 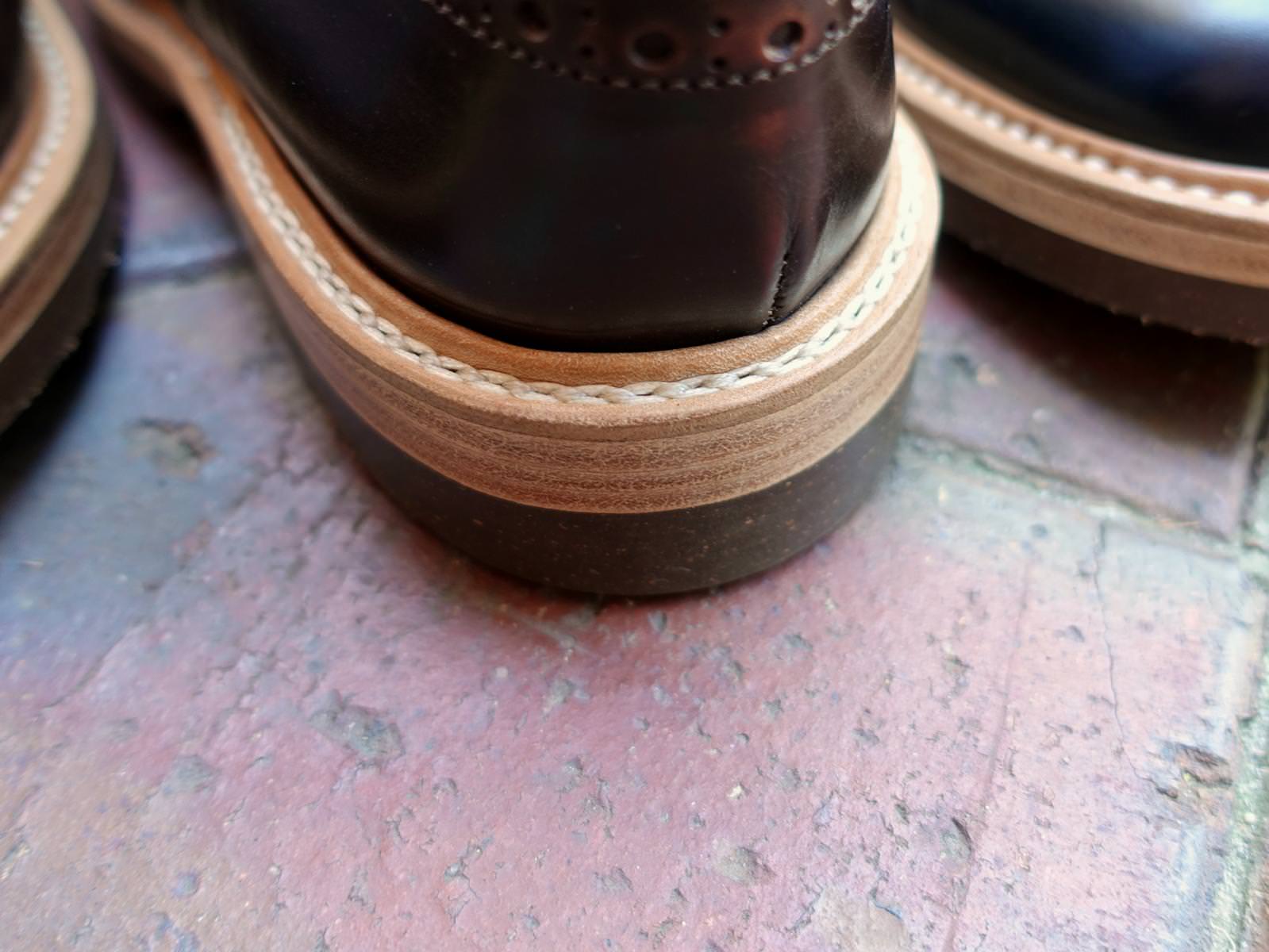 The outsole components feature Dr. Sole Original products of course. Second to none. 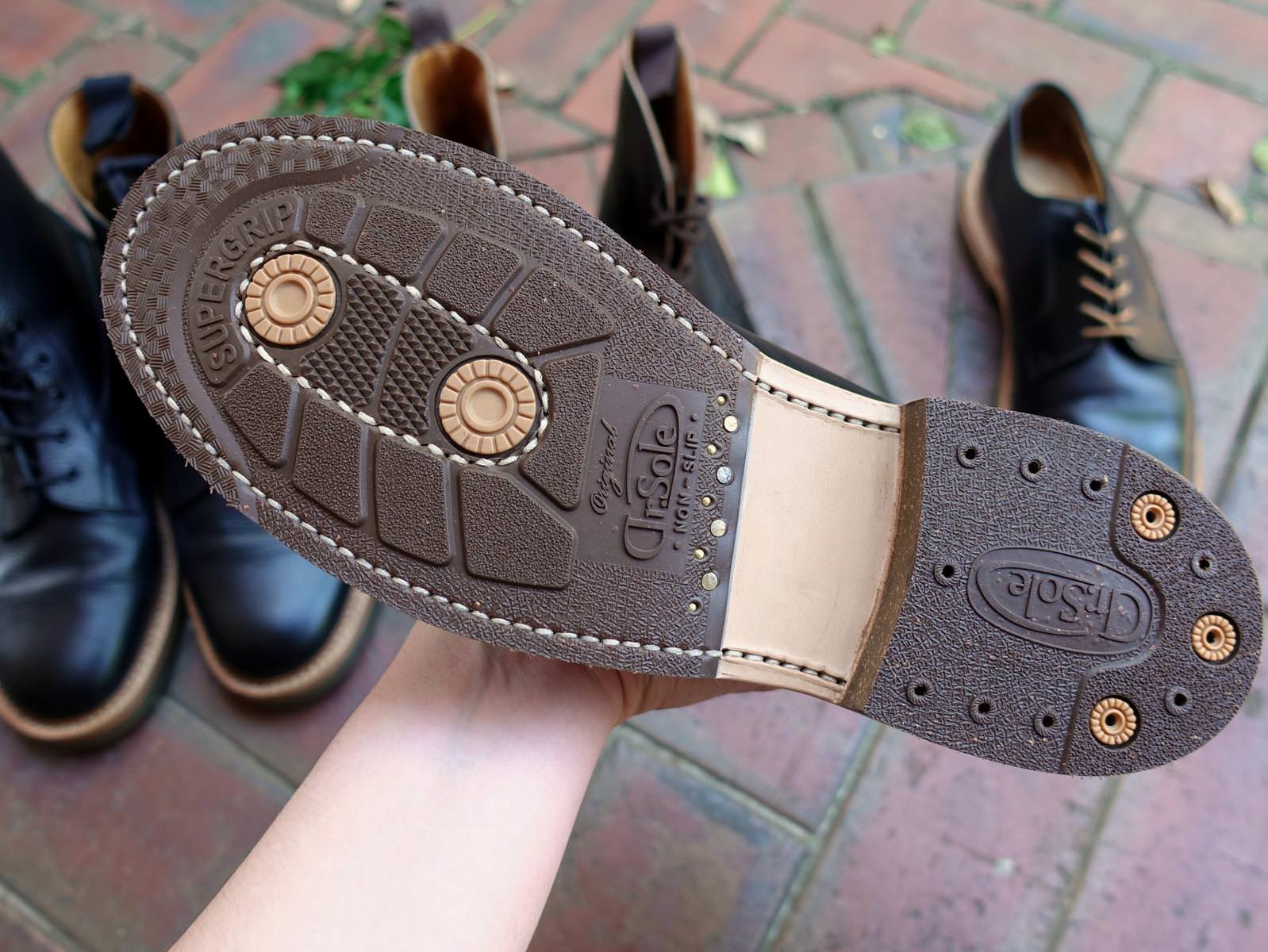 9 nails per half sale, count them on the heels too! 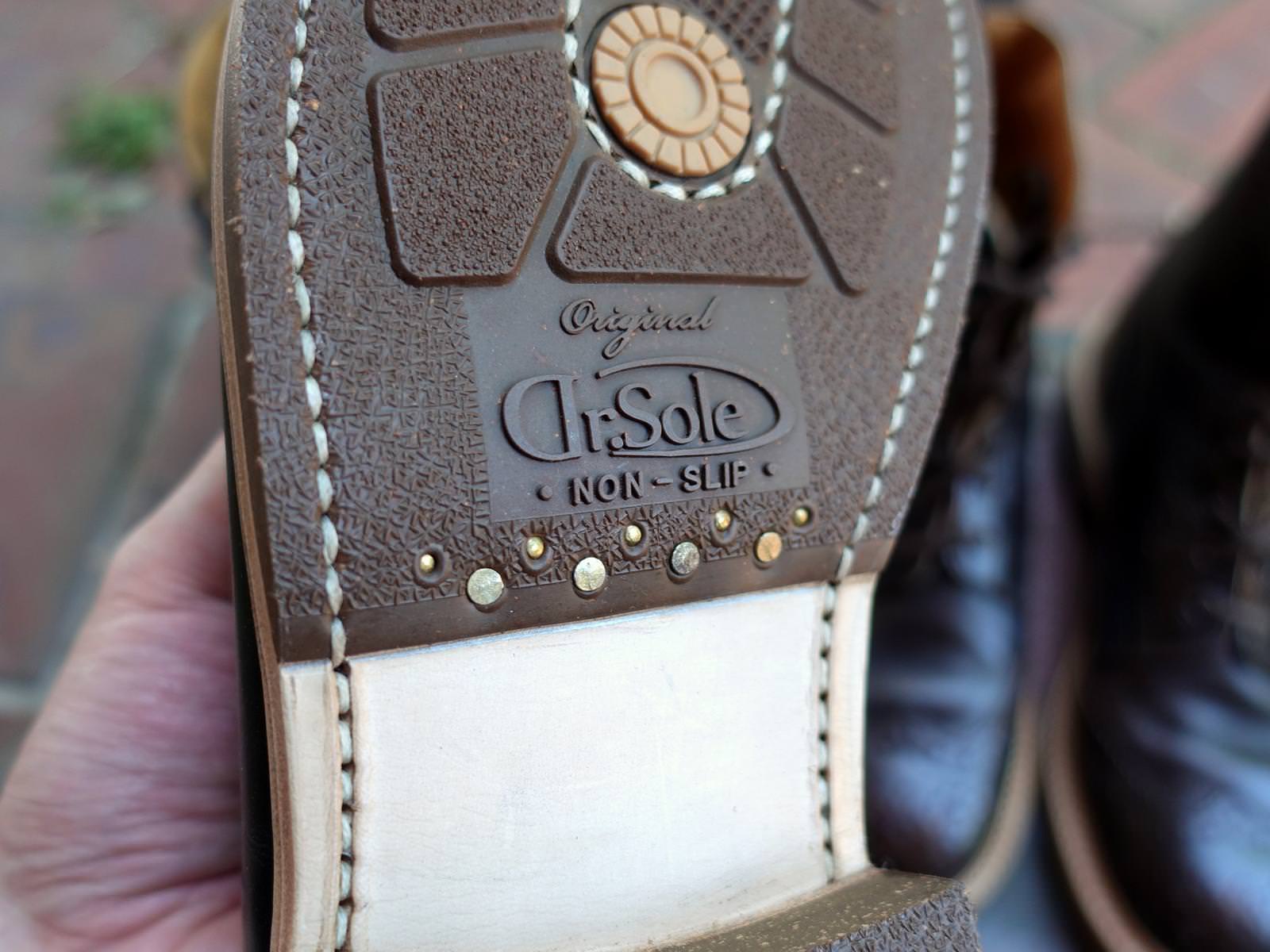 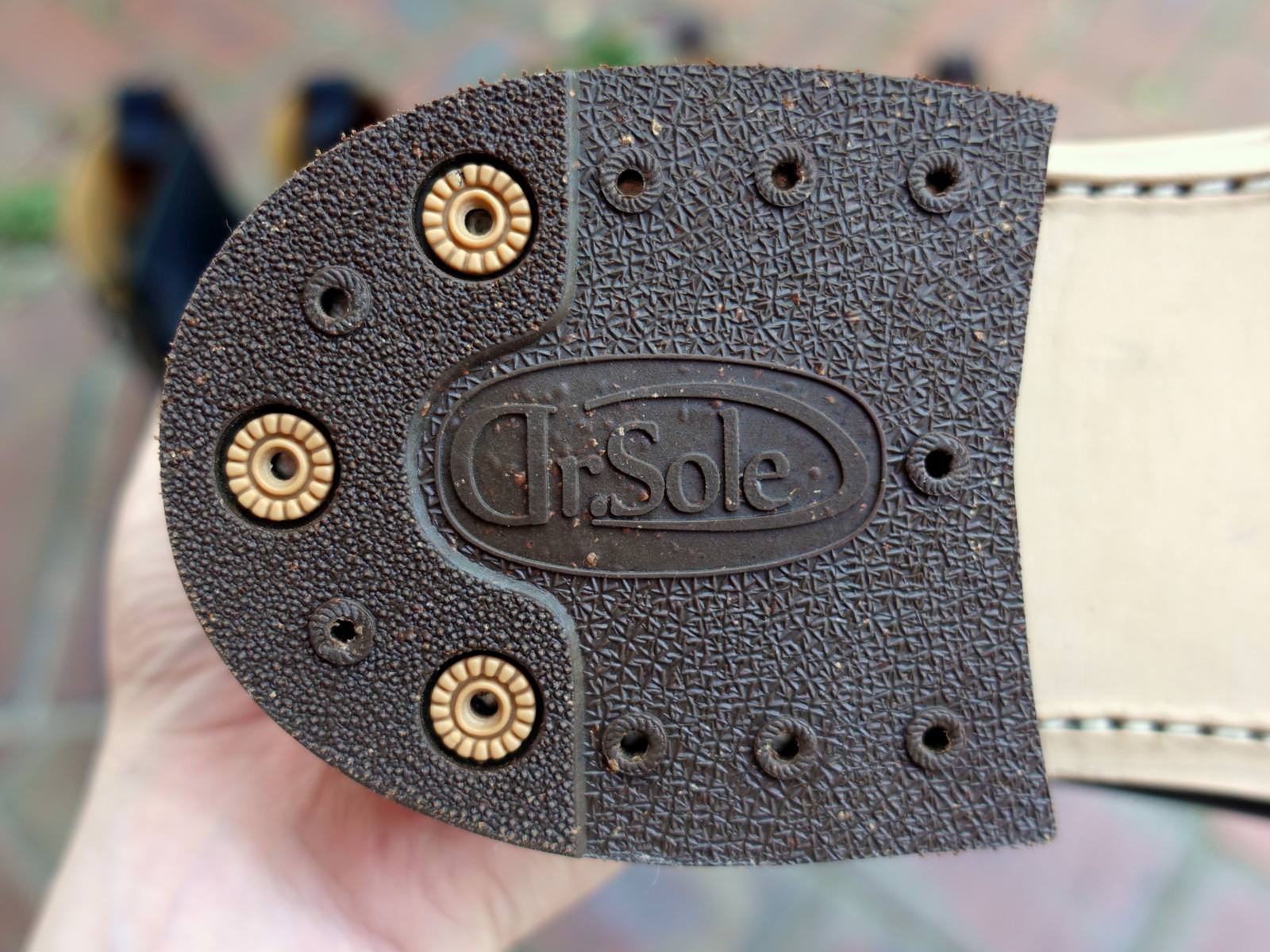 Finally, the pair of Barker’s, same rebuild specifications as the Stow boots. 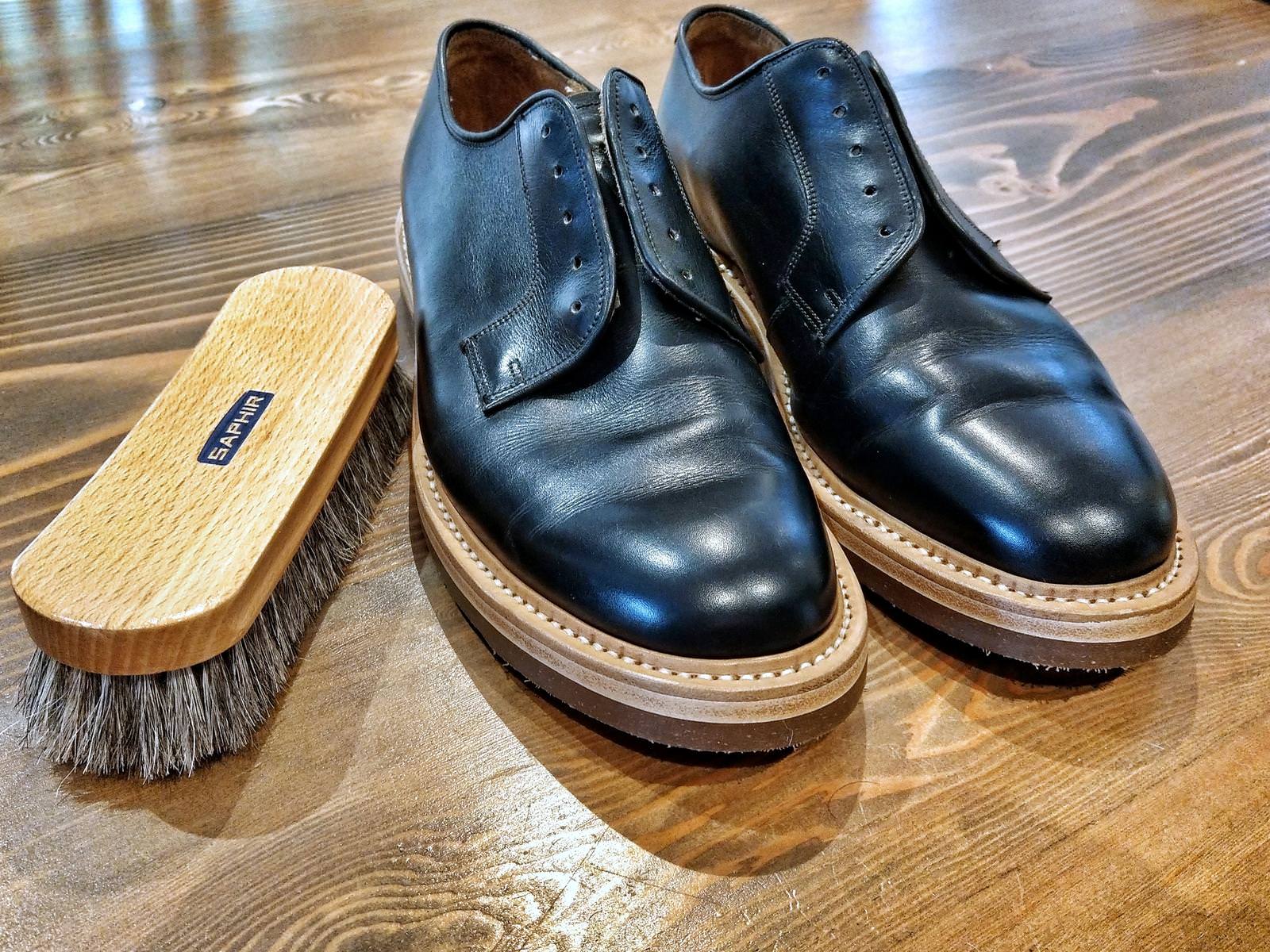 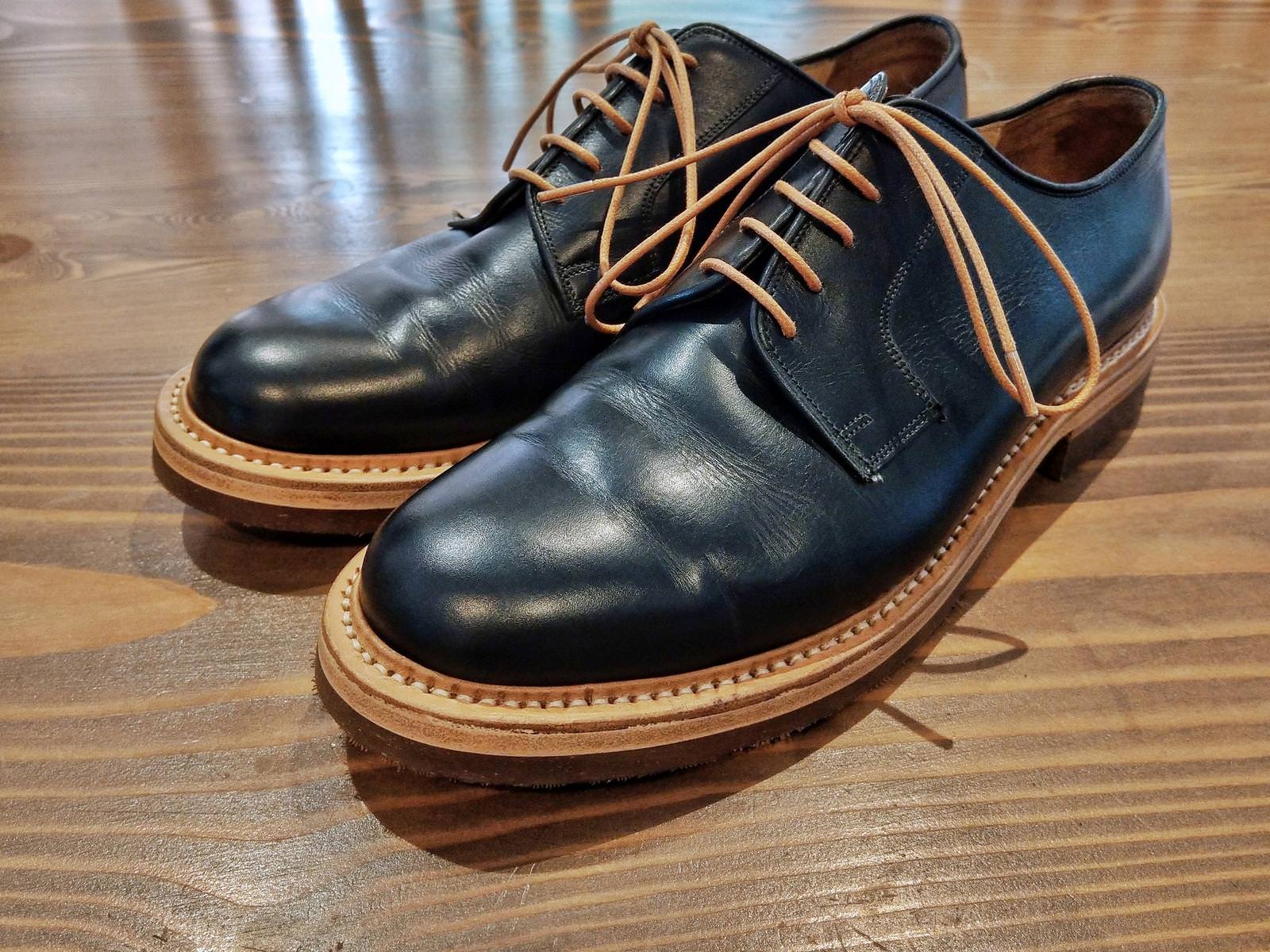 I bought these Barker’s originally as cheaper, daily beaters which were still Goodyear welt constructed. Had been bit of a ‘meh’ kinda shoe, something for work, nothing worth looking at, but with this rebuild they are much more distinguished. 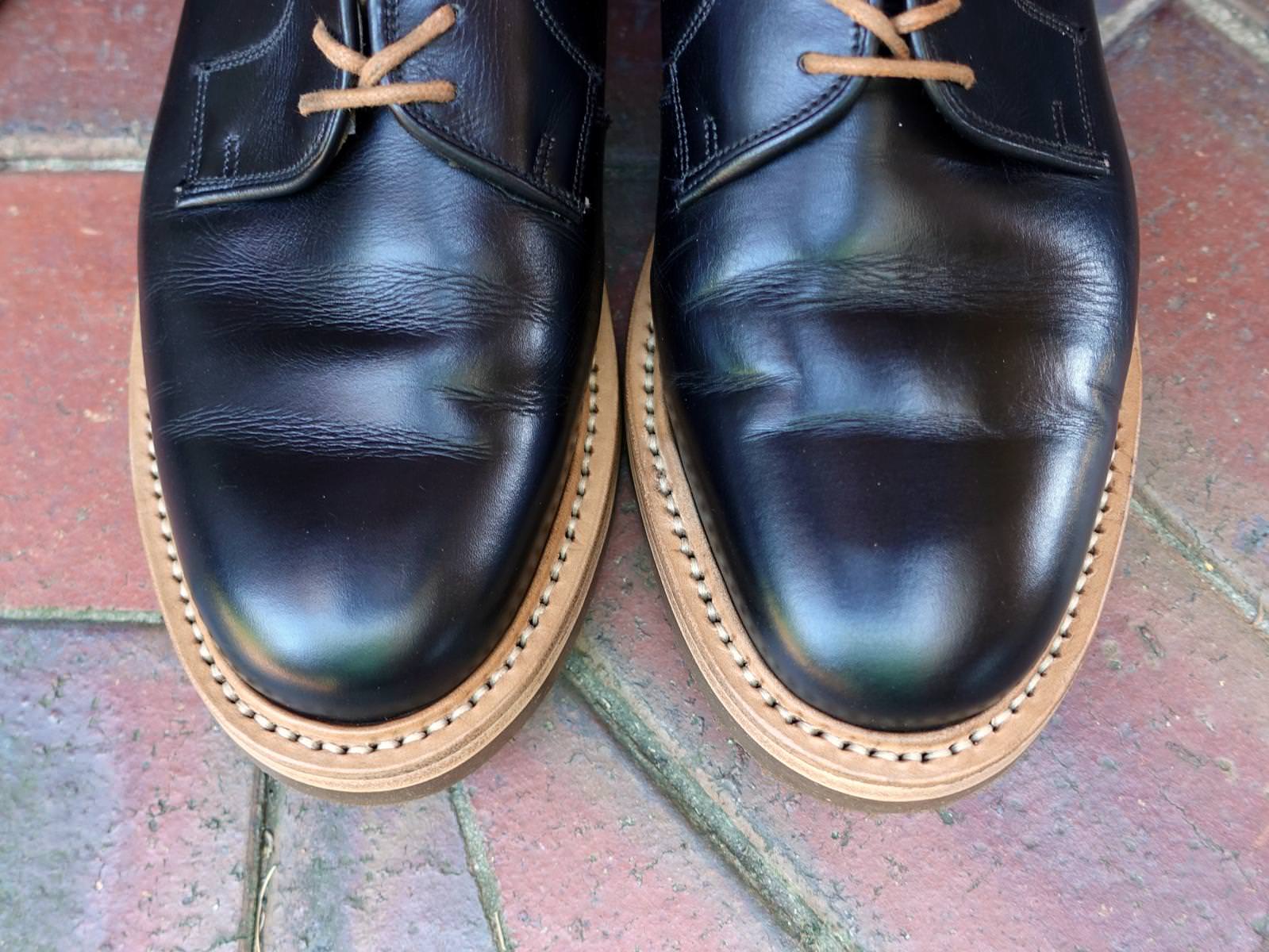 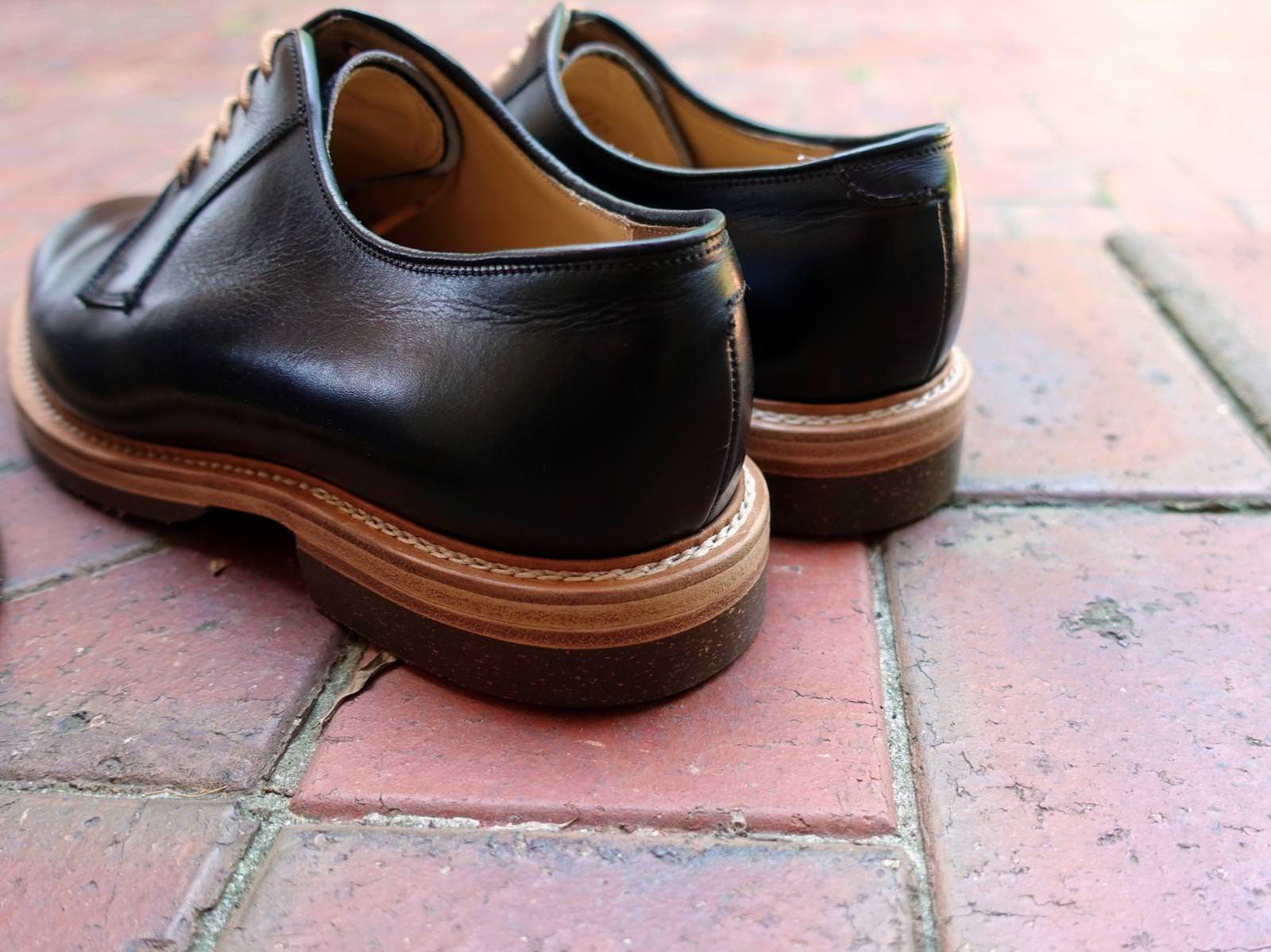 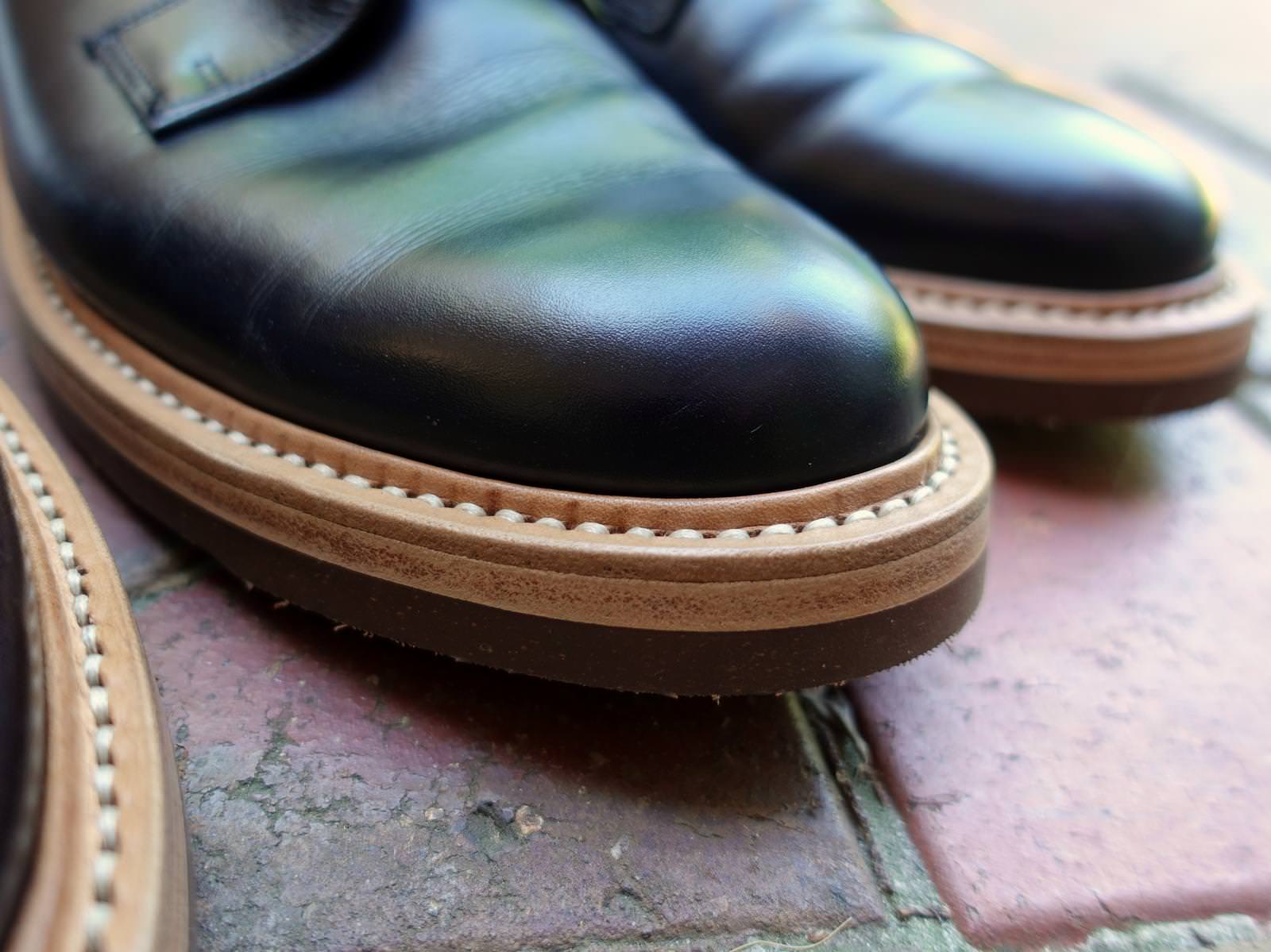 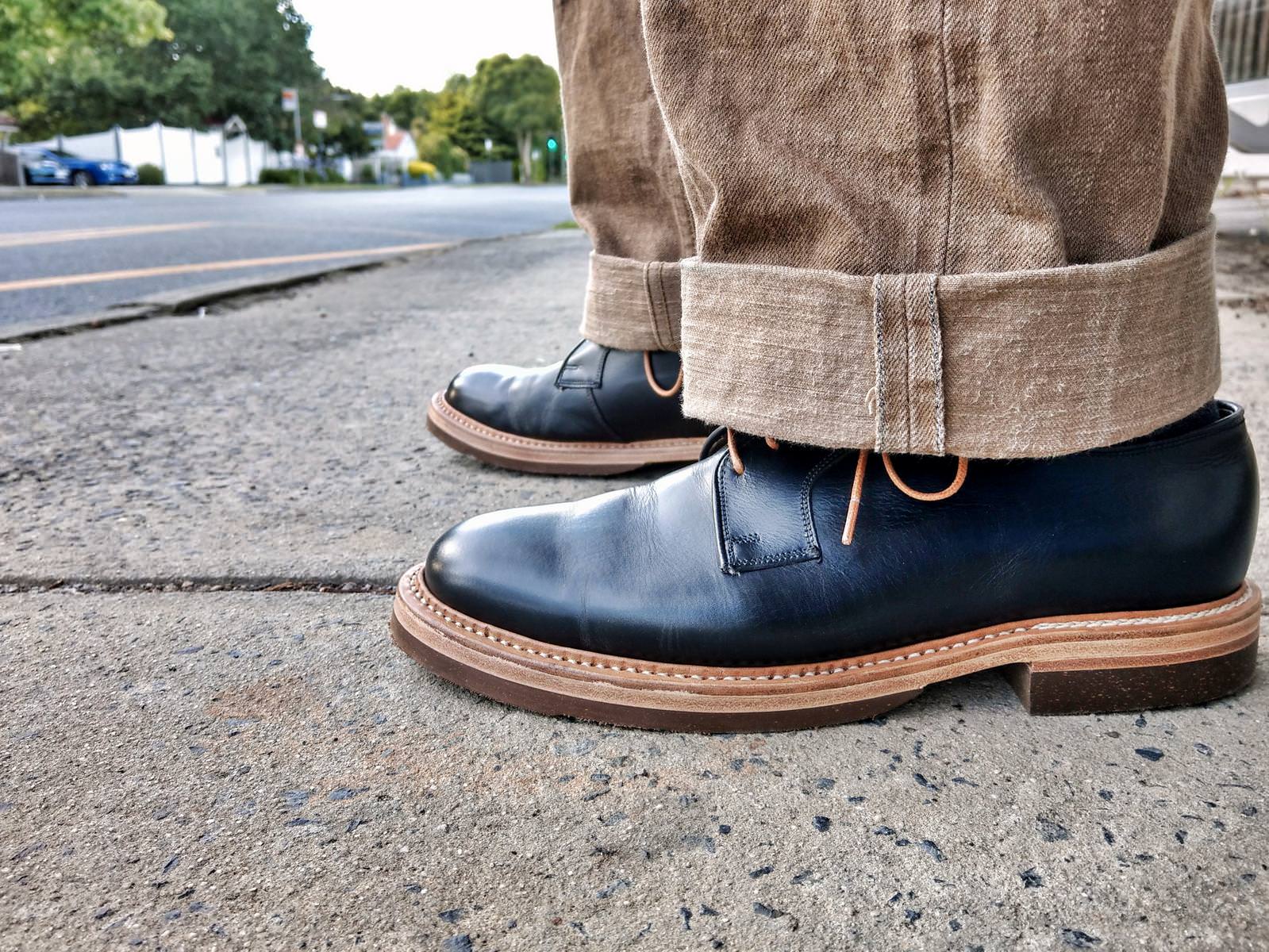 Compare the photos so far with Tricker’s own factory finish on my monkey boots: 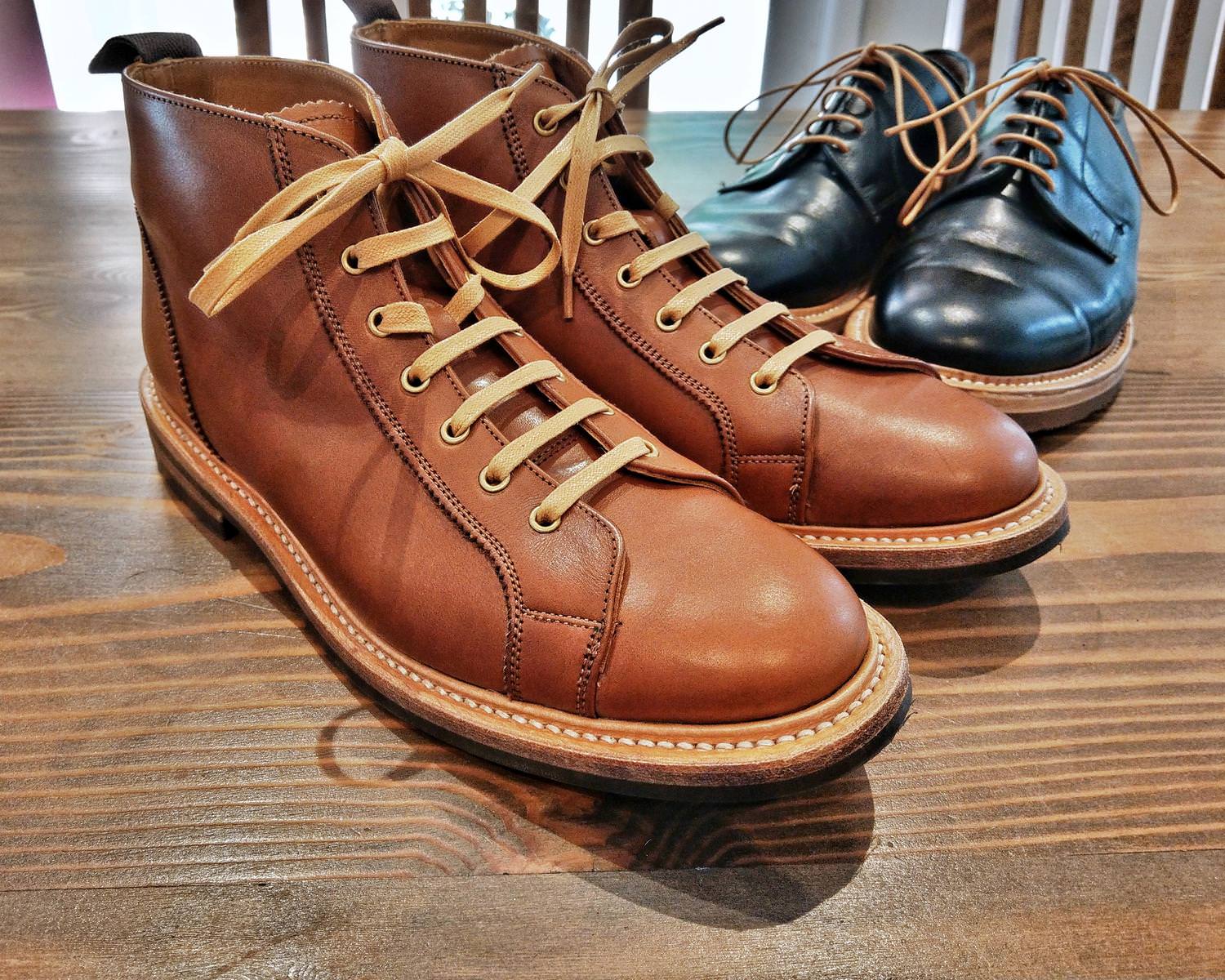 Overall, I’m really impressed with the job that Dr. Sole has done in terms of rebuilding these three pairs.

It makes a huge difference when your cobbler is interested in vintage and work shoes, and has invested in techniques and equipment which allow your boots to be upgraded and further customised. Dr. Sole, in my opinion, make the nicest synthetic sole components in the world for work boots, so the materials utilized here cannot be beat.

The finishing on the sole units of these three pairs, I dare say, is better than factory default – two of the pairs being Tricker’s, this is no easy feat. Certainly, at one point or another, I’ll be bringing all my American boots to Dr. Sole for rebuilding too. Priority number one would be my poorly stitched pair of Nick’s Boots Manito shoes. 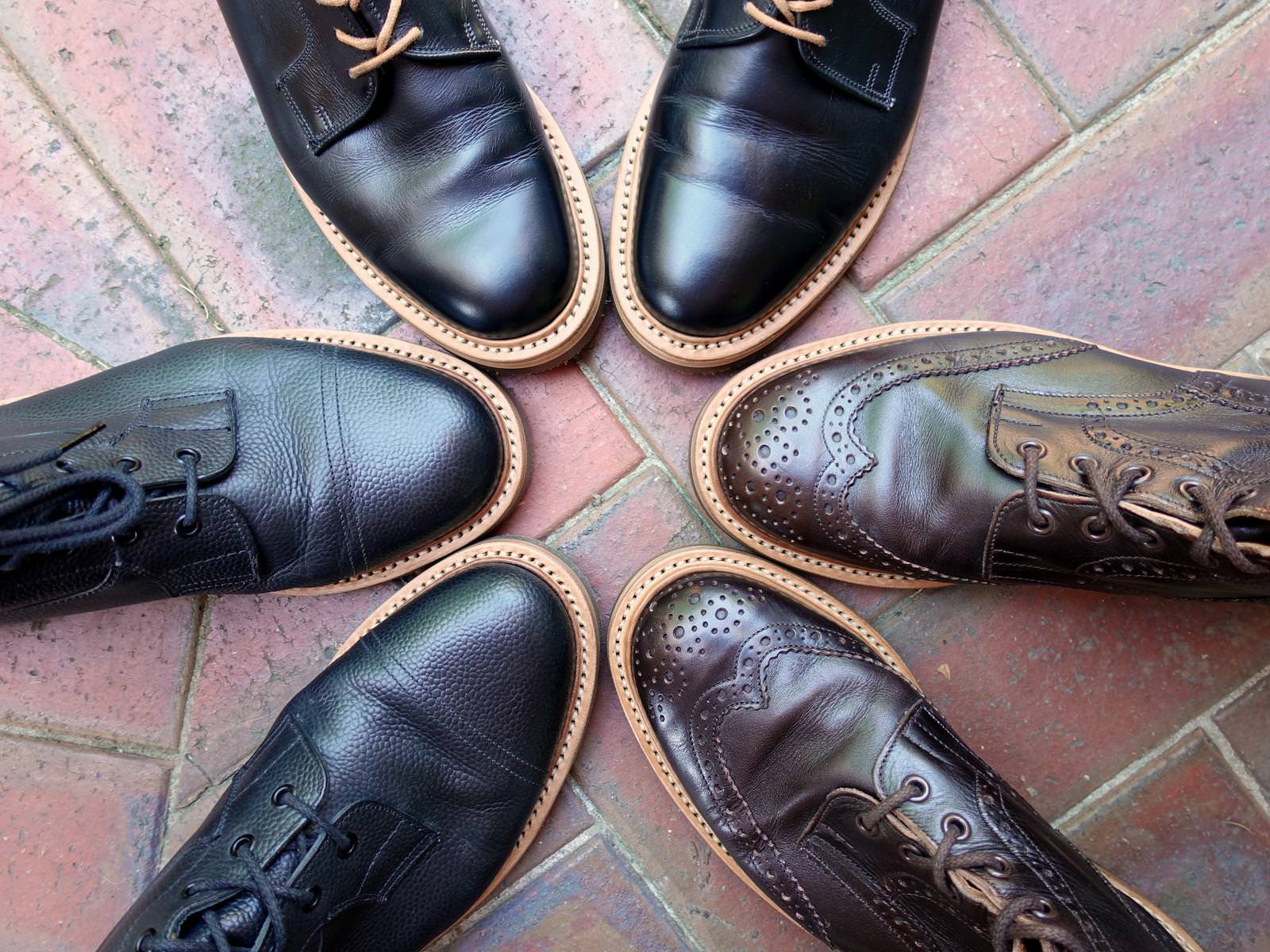 In some ways, I think the quality of Dr. Sole’s work here really highlights the recent decline in the build quality of many of our favourite work boot brands, and represent a benchmark for what we should expect in terms of the quality of detailing coming out of the factories. In particular, over the past few years, the stitch-down on many American boots I’ve come across has been disappointing.

Definitely, if you’re a work boot fan, get to know the fellas at Dr. Sole. Whether you’re looking to rebuild your trusted pair of White’s boots or wanting to upgrade the poopy sole unit on your Red Wing boots, bring them into Dr. Sole!