A few months ago, chatting away on social media, I was alerted to the fact that one of the biggest names in Japanese denim is in serious financial trouble. The fact, in itself, was not surprising to me at the time – a couple of brands which I used to follow in the 2000’s have quietly disappeared already – yet, learning that it was The Flat Head (TFH) which might be going under, shocked my hobby brain.

I had just attended a TFH event last year here in Melbourne! The founder had been enthusiastically talking about making custom deerskin jackets – surely, this was not a brand under stress?

Predictably, a couple of weeks after industry chatter began, around four months prior to today’s writing, there was a politely, and optimistically, worded official statement discussing rebranding and redirection. This, we now know, was actually the company being placed under alternative administration in the hopes of keeping it alive.

That attempt at salvaging TFH officially failed in August 2019, with the company filing for “civil rehabilitation”, akin to bankruptcy. Japanese media reports TFH achieving its highest profitability in 2014/15, with sharp drops in revenue thereafter, ending up almost 50% less profitable in 2018/19. The trouble, it seems, had been brewing for some time.

I was going to begin the article by writing about how Kobayashi, TFH founder, started the brand out of his Desert Hills Market shop in 1993… but really, this story is no longer relevant in 2019, and did not interest me too much. Here, I thought, lies one of the problems with The Flat Head, and many of its peers.

In the early 2000’s, when Japanese denim was becoming known outside of Japan, enthusiasts of the time were enamored with the founding myths of the core brands. Fullcount and its Zimbabwe cotton, Samurai Jeans doing 21 oz denim, Evisu and its imaginary Levi’s loom. These stories are now at least one generation old, and honestly, I really do sense that no ones cares anymore.

We are soon to embark on the 2020’s. The current and upcoming generations of denimheads, bombarded with social media data, plagued by choice in heritage menswear, simply do not have the time, nor the attention span, for the traditional Japanese denim brands and their stories. The problem here isn’t necessarily that people are not paying attention when they ought to, more the fact that many of the brands have ceased to innovate and grow.

Perhaps it is similar to listening to your grandfather’s stories of his youth – important, yes, because if he never seduced grandma, you wouldn’t exist – and yet, you don’t really care because his world had been so different to yours, to the point of disconnect.

In our hobby then, this is similar to the brands that continues to spin stories about their 501 reproductions…… the vast majority of hobbyists have moved on, and the next generation are unlikely to care.

In the world of today, very few peoples globally will grow up with a romanticism about Americana – the Japanese brands did revive Americana fashion certainly, yet they can no longer stake their survival on this accomplishment. In a rapidly changing world, Japanese denim needs to be more than it has been, if it is to remain relevant as a menswear niche or a hobby. 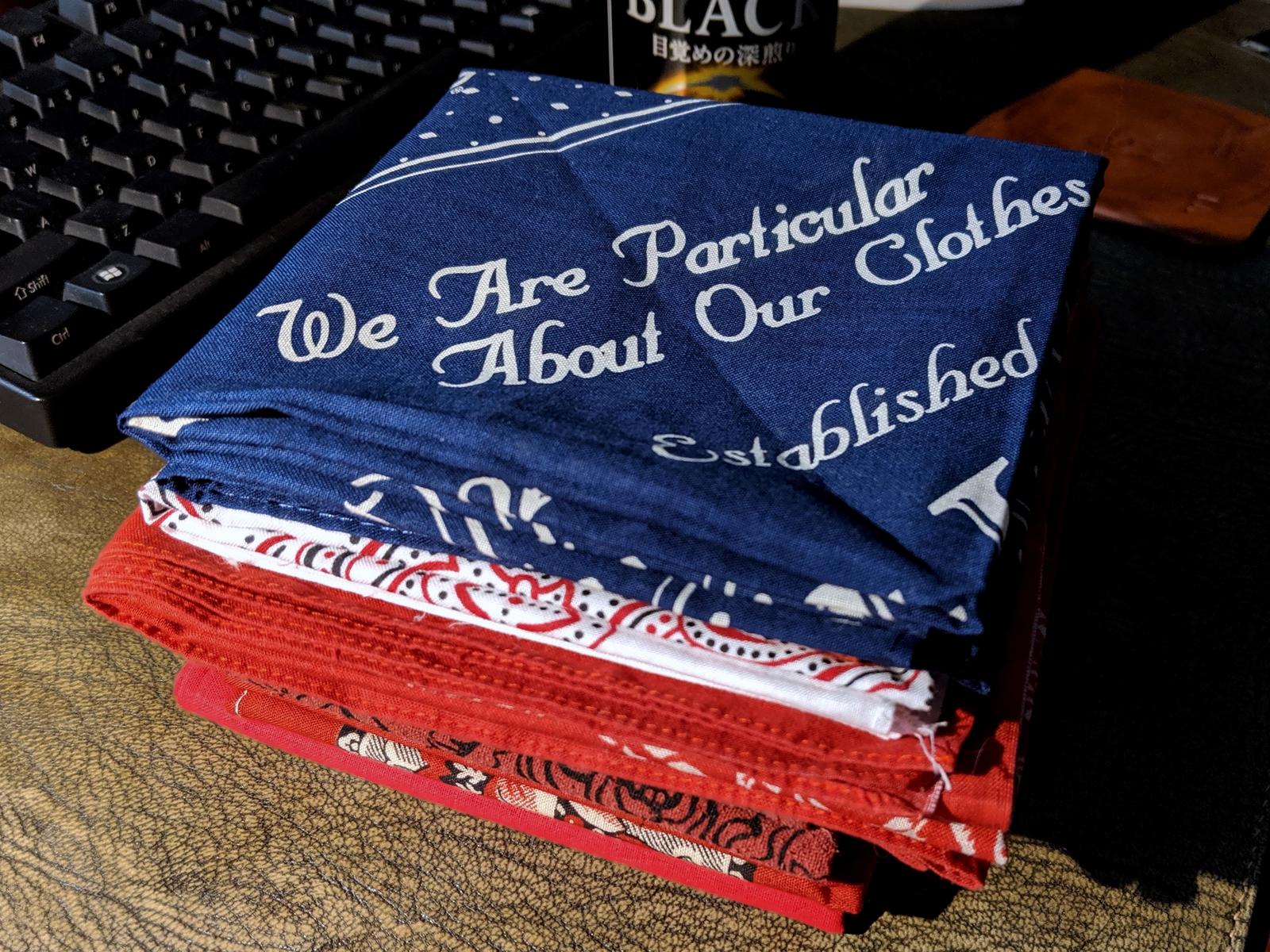 The smaller operations catering for local Japanese consumers will surely continue on, yet the bigger operations who, a decade ago, began braving international waters, have been facing significant challenges in the past years. Adapting simultaneously to the rise of social media, the Western cultures, new Asian markets, digital commerce, and completely different outlooks of style and menswear, surely is a difficult task.

The core theme of the demise of TFH, and of the up-coming collapse of other Japanese denim brands, to me, is the failure to evolve.

Surely, the Japanese, after a century of industrial and social innovation, are not guilty of being stagnant?

My opinion, having observed this hobby for almost 15 years, is that the issues with some of the brands stem not so much from a strict adherence to tradition, as Westerners tend to generalize in regards to Orientals. Rather, the problem here is how many of the denim brands have their identity pinned to their founders, and how some of the founders continue to exert iron grips on the directions and designs for these brands, despite many of them sitting firmly in retirement age.

Too often, many of these once-cool brands have been started, and operated, as a serious hobby by their now aging founders. Numerous examples within this hobby tell us that these brands rarely survive their bosses getting old, let alone their retirement. The devolving process of RMC over the past years is instructional in this matter. A hobby brand will only last as long as the youth of the hobbyist.

Perhaps it is my work life bleeding onto this blog, but I do see many of our favourite brands in terms of Erikson’s stage of psychosocial development. The last two stages, in particular: Will a brand be generative or stagnant in its maturity? Will a stagnant brand maintain integrity, or fall into despair? Brands don’t die the same way people do, of course, but they can go bankrupt or sold to a fashion conglomerate or passed down to a disinterested son. Denime, White’s Boots, RMC, etc. There are many examples in our hobby already.

I contend that the lack of opportunity for influence and assistance from younger talent, foreign or domestic, is an important reason why brands such as TFH could not adapt successfully to the market places of the 2010’s. Having new & fresh energy winds back the clock for these hobby brands.

A successful international denim brand has to do so much these days: different cuts for different parts of the world, fighting for industry resources which are often taken over by industrial giants like Uniqlo and invaded by foreign companies such as 3Sixteen, developing and changing social media strategies, branding yourself in the correct way in different markets, navigating the Japanese denim niche populated by fickle retailers and hobbyists.

Can an ageing Japanese biker who loves 501s tackle these challenges by his lonesome?

Hard to say, probably not.

The better question is, will he allow himself to find the right help?

Tanuki Inc., the Japan Blue Group, Studio D’Artisan – companies such as these are well set-up to thrive in the next decade. You will see how they are structured differently from TFH.

Operations such as the Osaka 5? Maybe not so much – we will watch them fade away, or get sold on (Denime, SDA)…… if not already, then in the next years.

So, what is to become of our hobby then?

I have no doubt that reproduction clothing and vintage-style menswear will always be a niche, serviced by a handful of dedicated but small-scale makers. This will not change.

Attempts by some at launching Japanese denim into high fashion have largely failed, and I do not see (and do not hope) that haute-denim will be a thing.

As it is, and will be in the short future, casual wear and street wear will be where innovative Japanese denim brands will find new fans. The brands which can make the furthest inroads into these huge consumer bases will be the ones which will thrive in the next decade.

For now, let’s take a moment to remember The Flat Head.

2 thoughts on “The End of The Flat Head”