Welcome back to the blog – the first ever bandanna review for Indigoshrimp.

I have been casually collecting Japanese bandannas for a few years now, though my last purchase was some years ago. Yet, through Instagram, I learnt that Jonathan of Bandanna Almanac and the team at Ooe Yofukuten Co. have come together to form the hobbyist bandanna brand, Two Ears Brand. 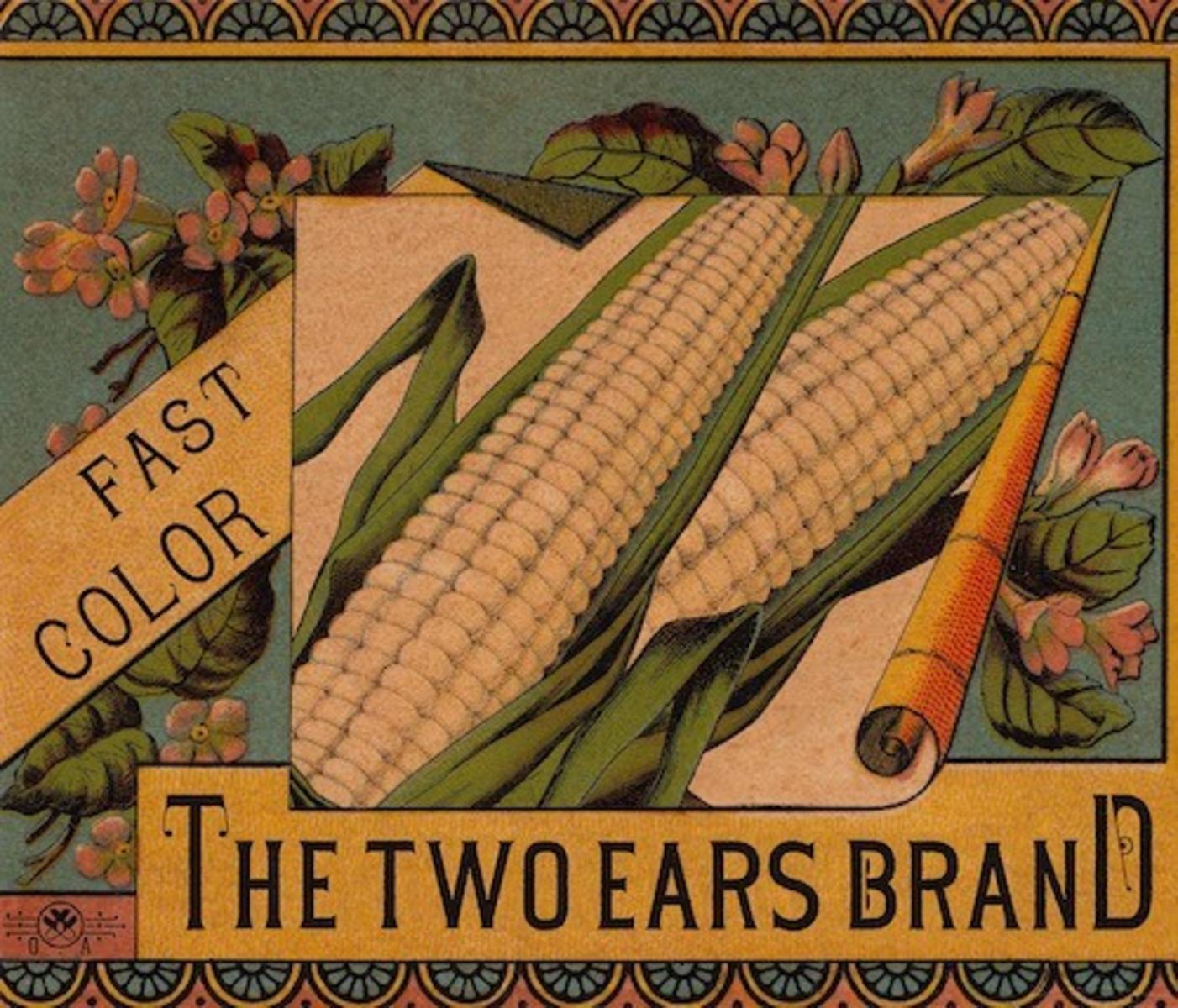 As you might already know, Jonathan has been collecting and studying bandannas for more than a decade now, and has worked in the Japanese clothing industry. Partnering with Ooe Yofukuten for the manufacture/ sewing of bandannas, Two Ears Brand is re-introducing 19th century prints to our heritage-wear wardrobes.

Their launch pieces from August this year, the Marvel bandanna in Turkey Red and Indigo Blue, caught my eye immediately. I’m a sucker for nice, dark red bandannas, so will be checking out the Turkey Red version today.

The Marvel is a medium sized, square-shaped bandanna/kerchief. 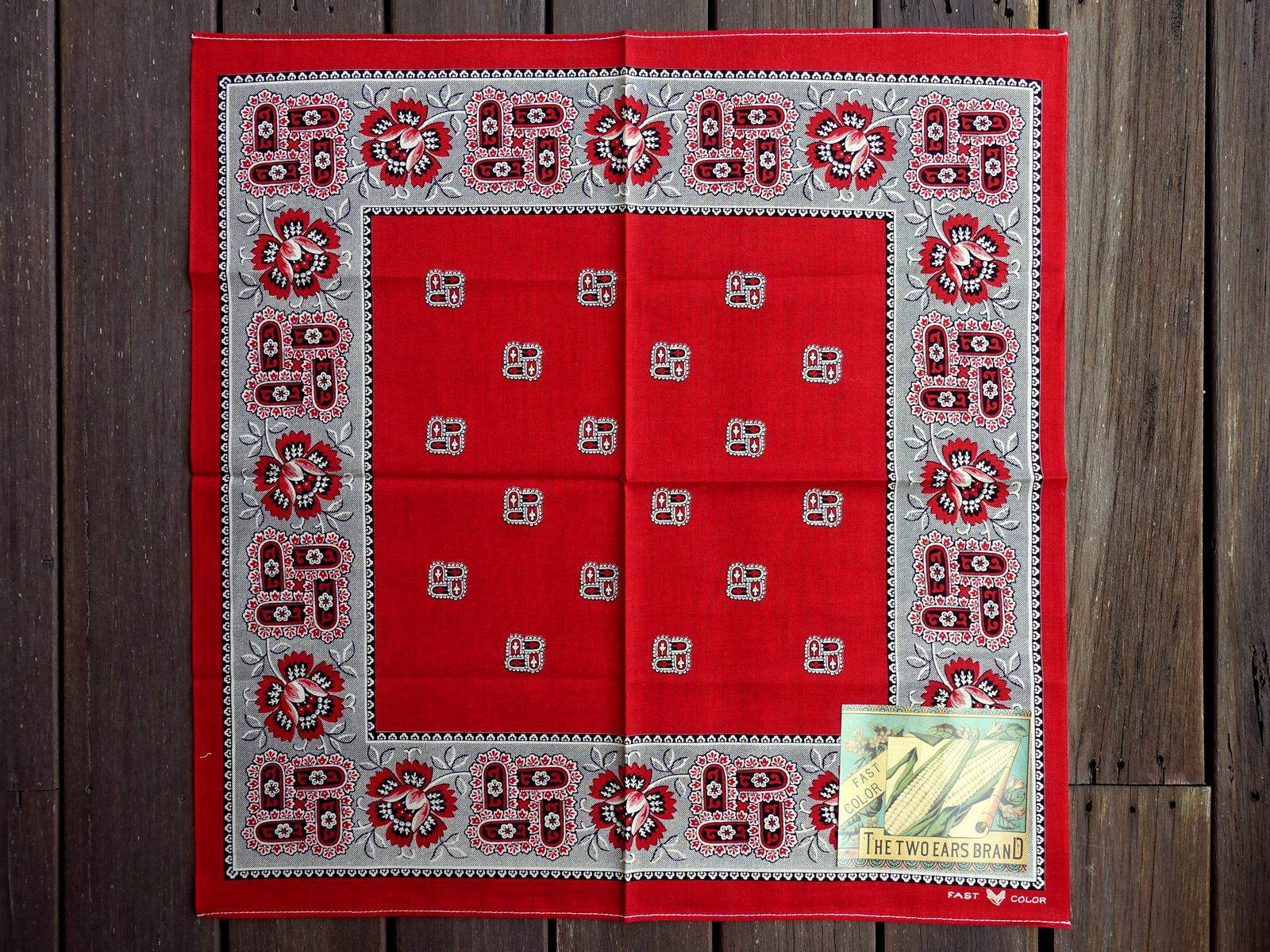 The two non-selvedged edges have been neatly sewn with off-white thread at 8 SPI. 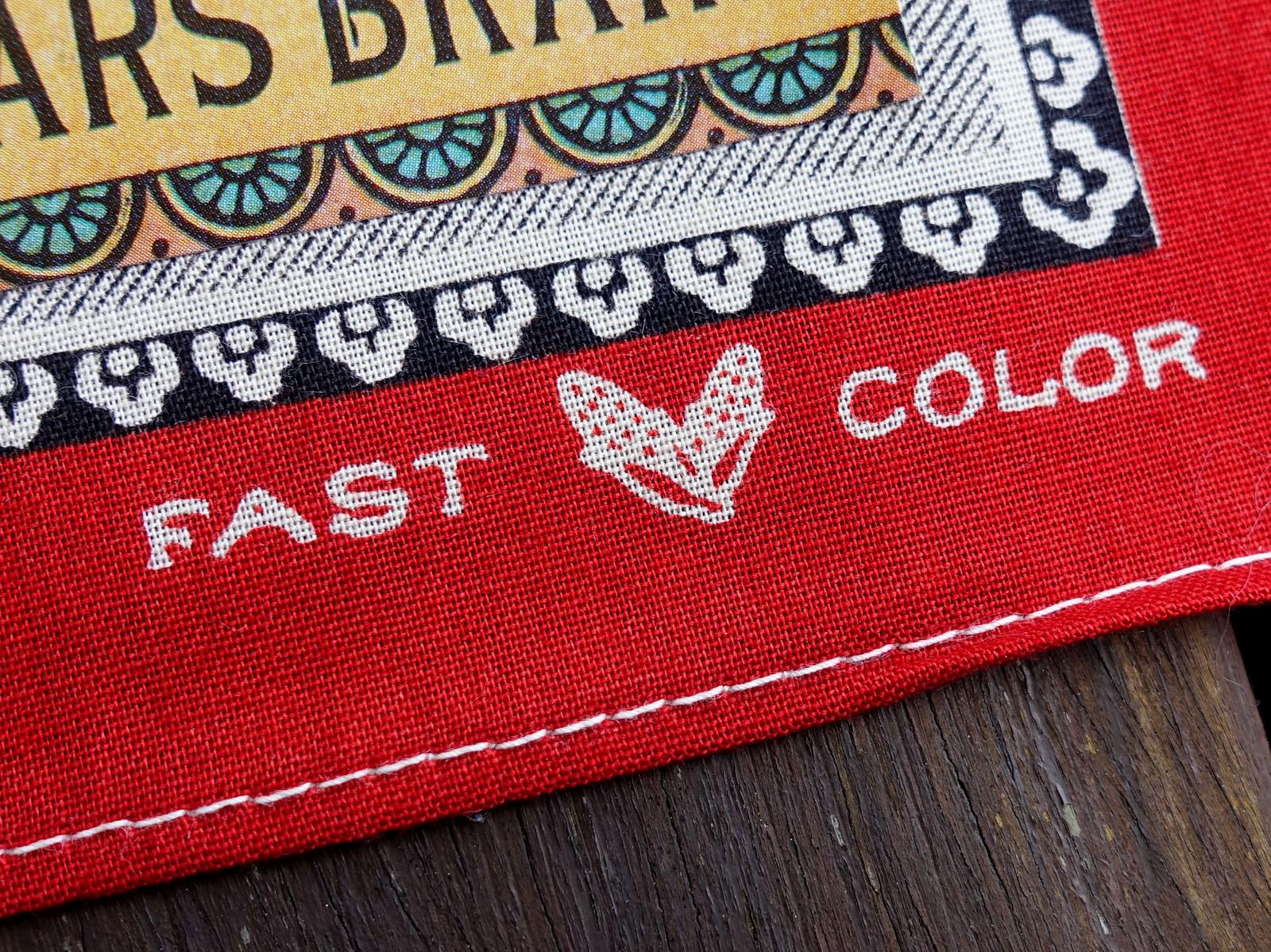 A branded sticker is included on the bottom right corner, which is easily removed. In the same corner, we have the logo of two ears of corn, and the Fast Color statement.

Jonathan tells me that the print of the Marvel bandanna was made using a never used sample from a former factory, dating to 1880. 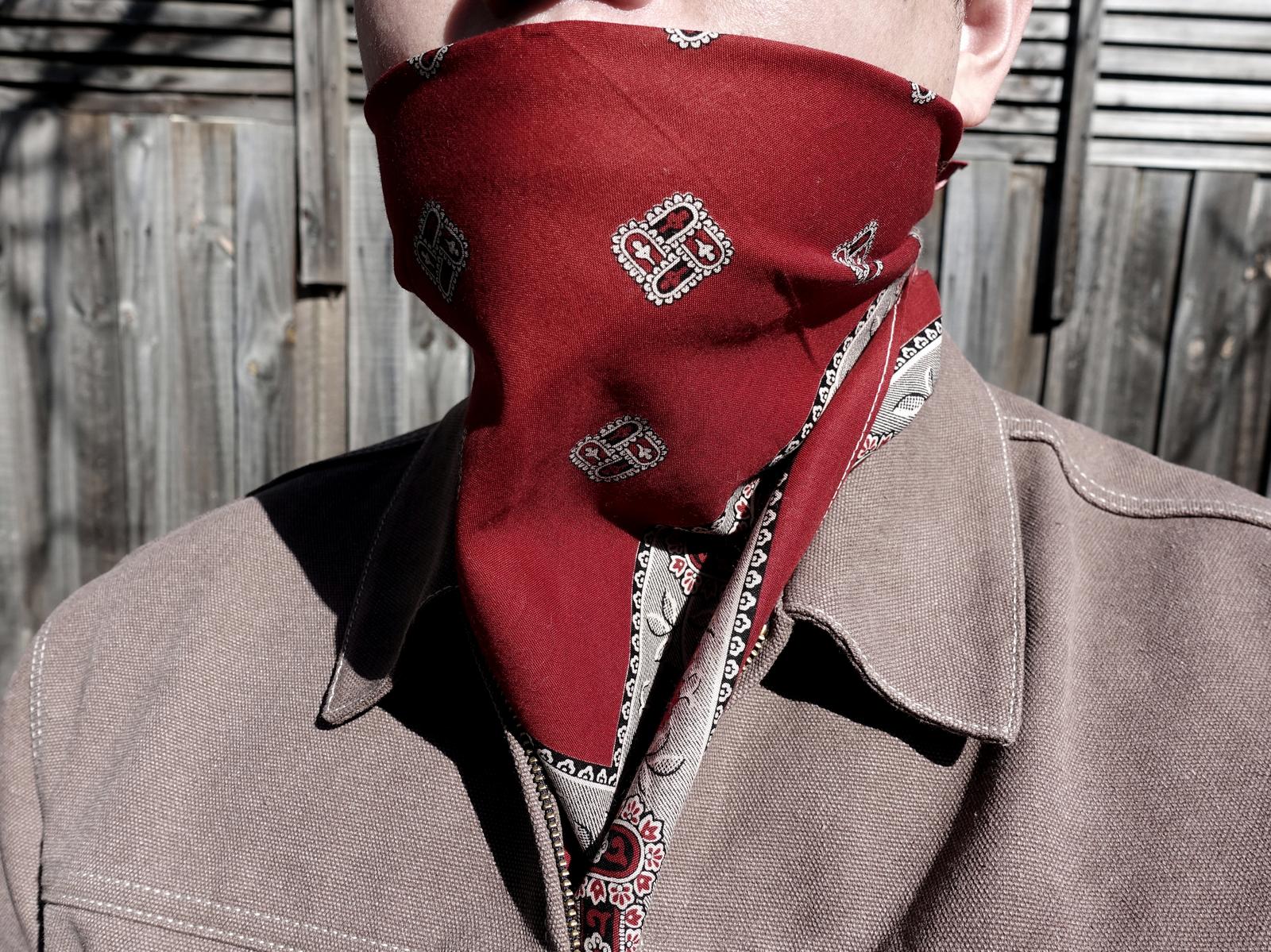 The main character is a heavy square border, with square paisley motifs in the centre. 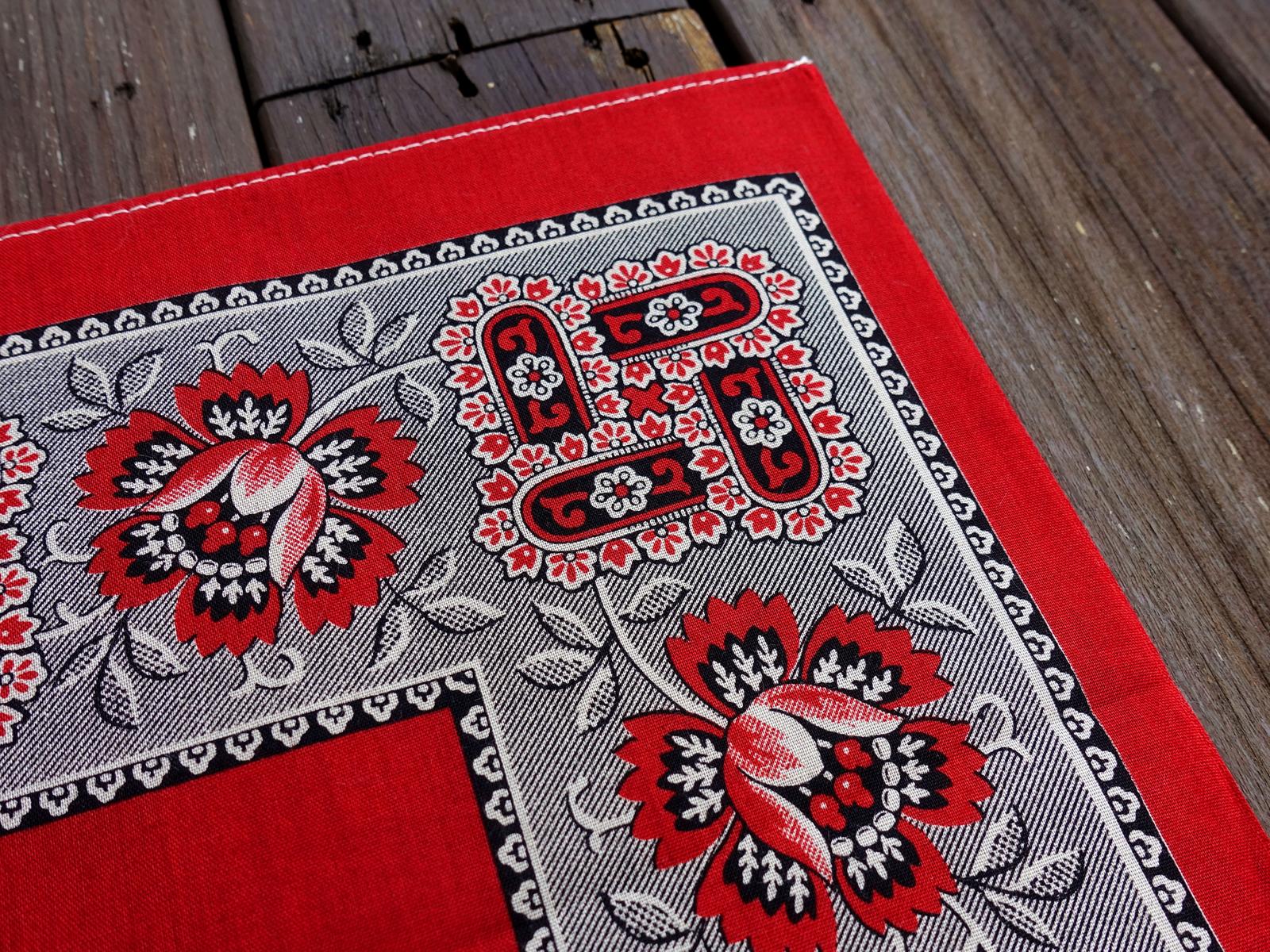 The design, including the actual red base-colour of the bandanna, has been hand-printed in Japan.

The print is much finer compared to most bandannas I have seen – I count three colours in total. 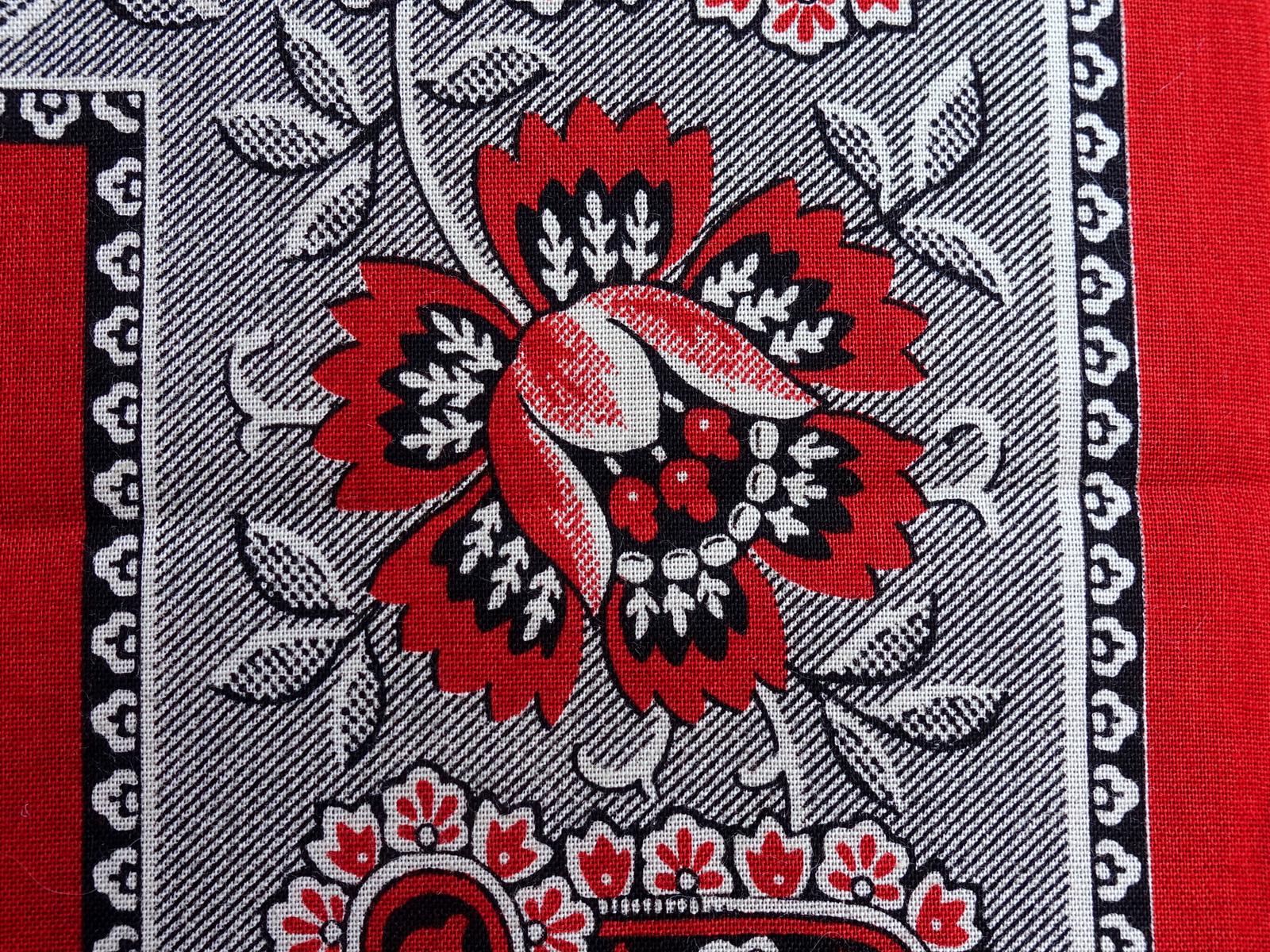 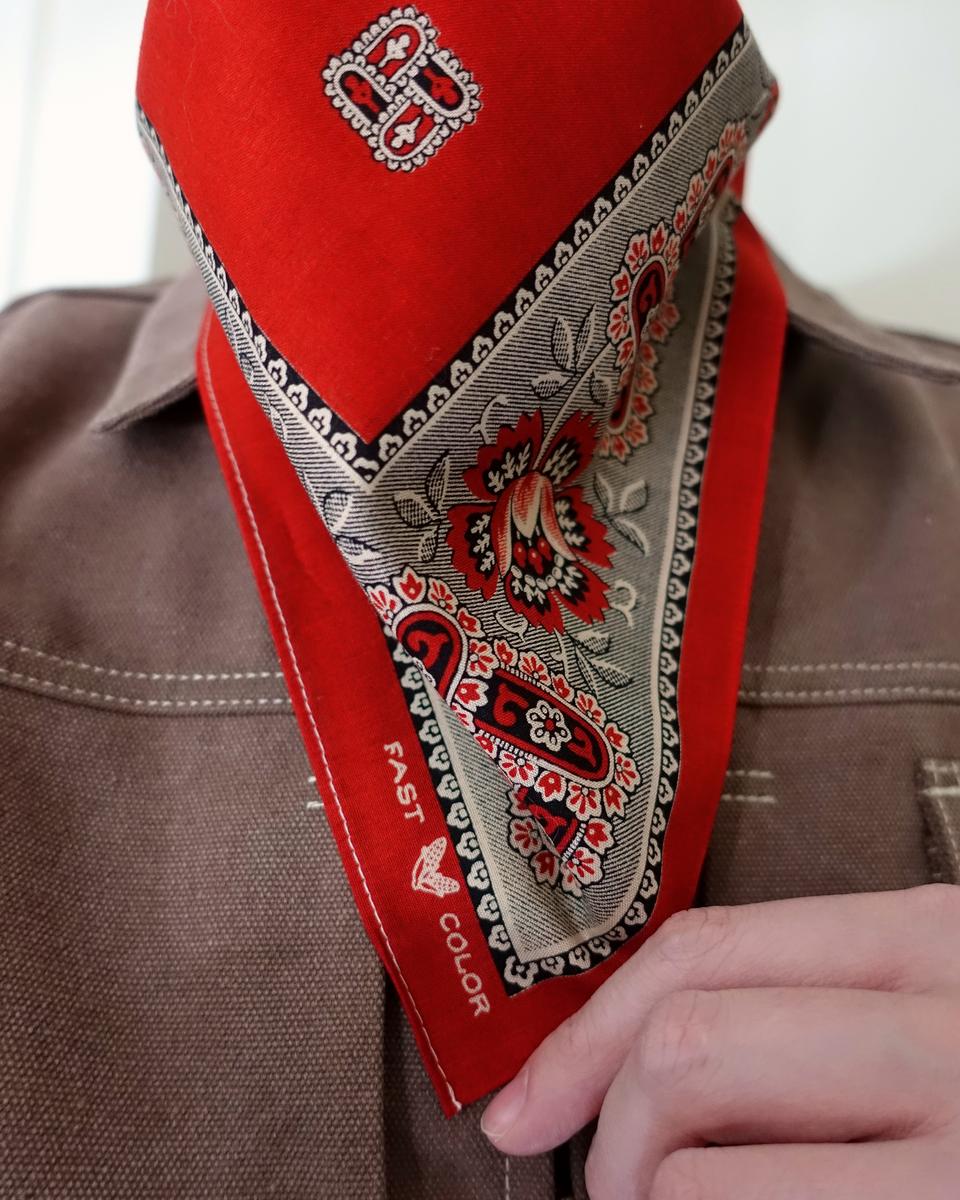 You can see the delicacy of the tracings here; there are many details to be discovered. 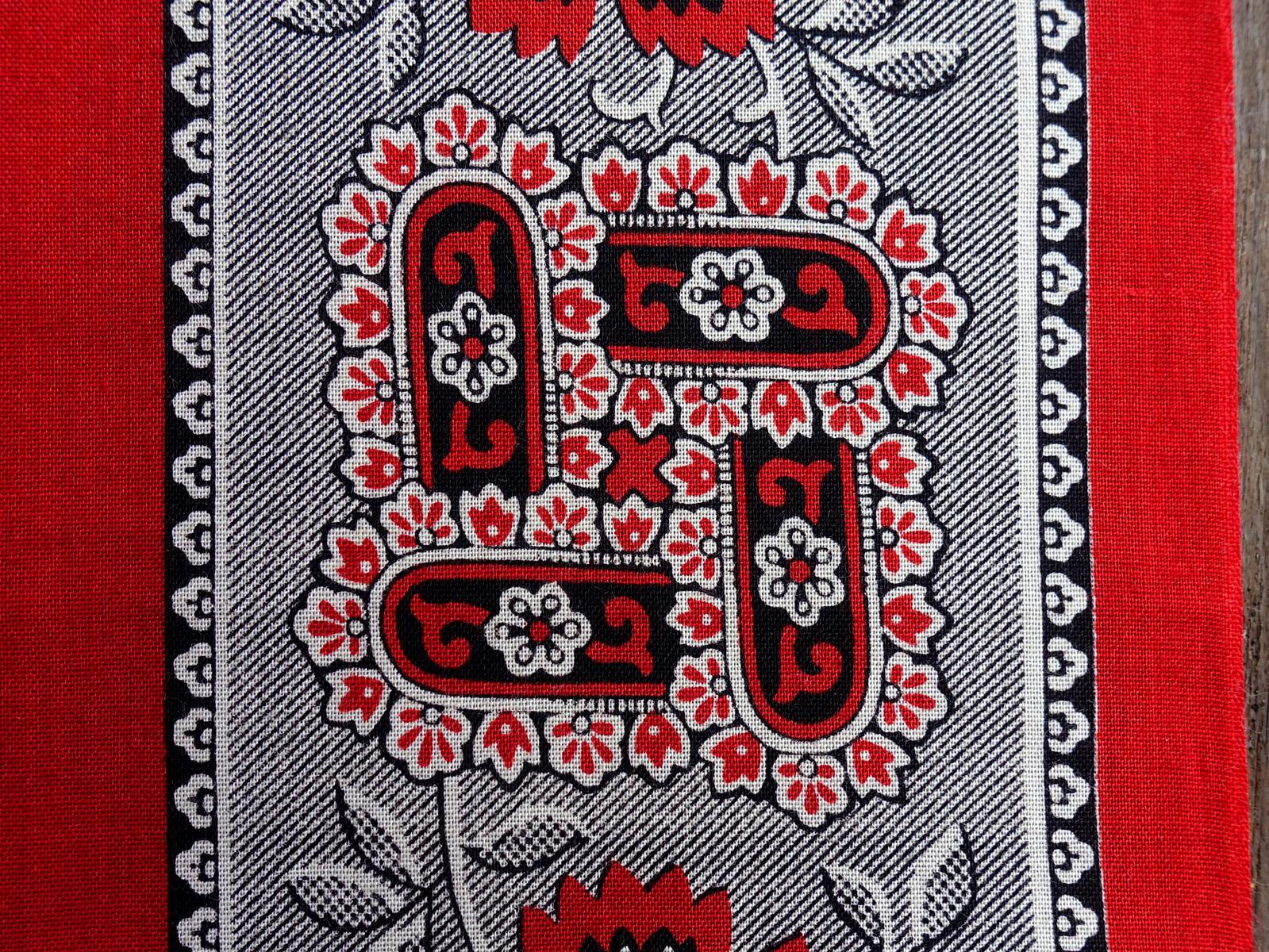 In contrast to the fancy border, the center of the bandanna is kept fairly simple.

18 smaller versions of the square paisley dot the middle. 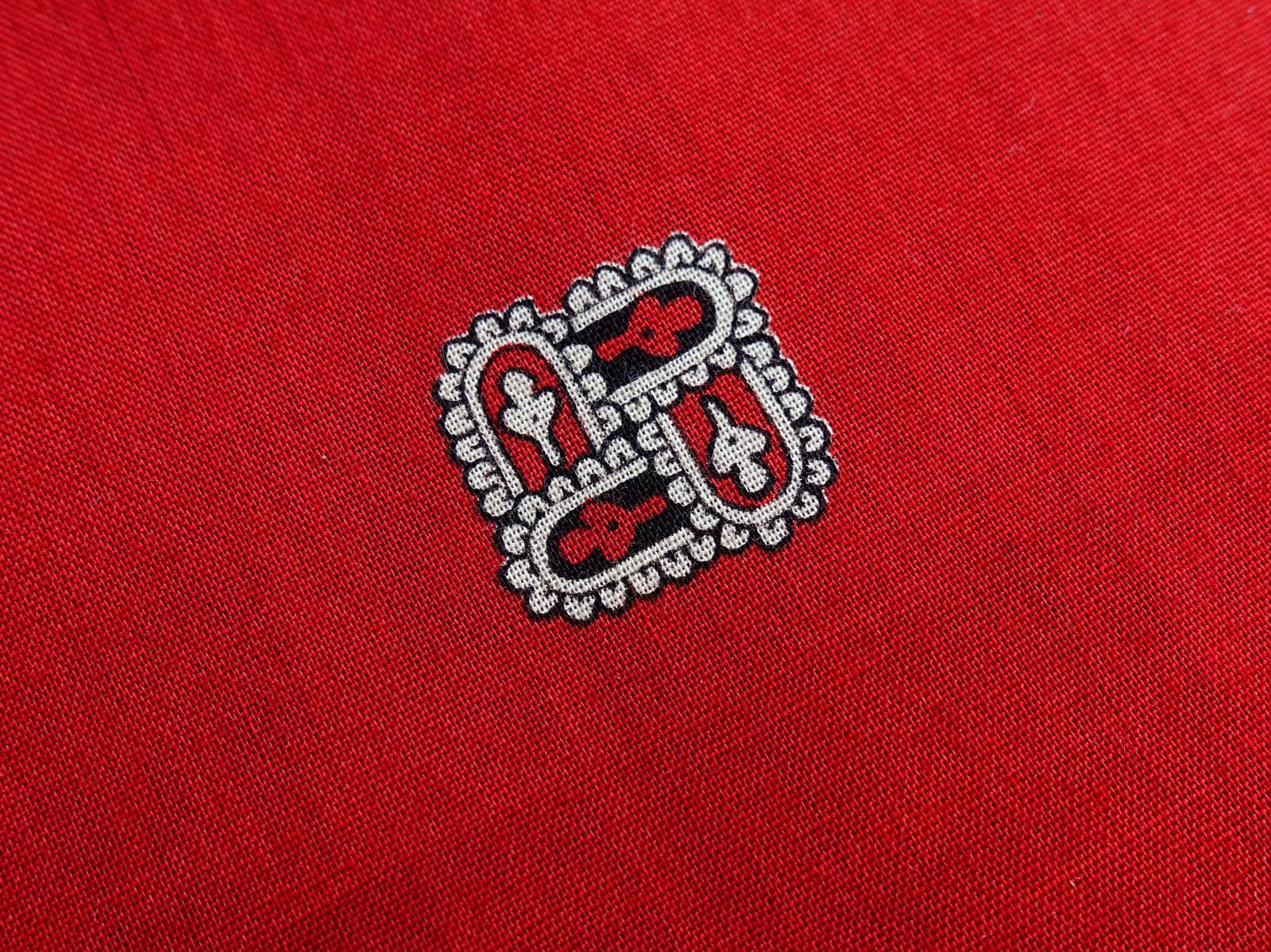 The red colour is deeper, more rustic, compared to modern red bandannas. There is a slight orange and rust tone to the deep red.

Jonathan points out that the “Turkey Red” version is not a true Turkey Red dye, and neither is the “Indigo Blue” version a natural indigo.

The plain-weave cotton fabric used on this bandanna has been woven on a narrow-width vintage loom in Japan.

This bandanna features two sided selvedge, thus giving us a measure of the width of the woven fabric. 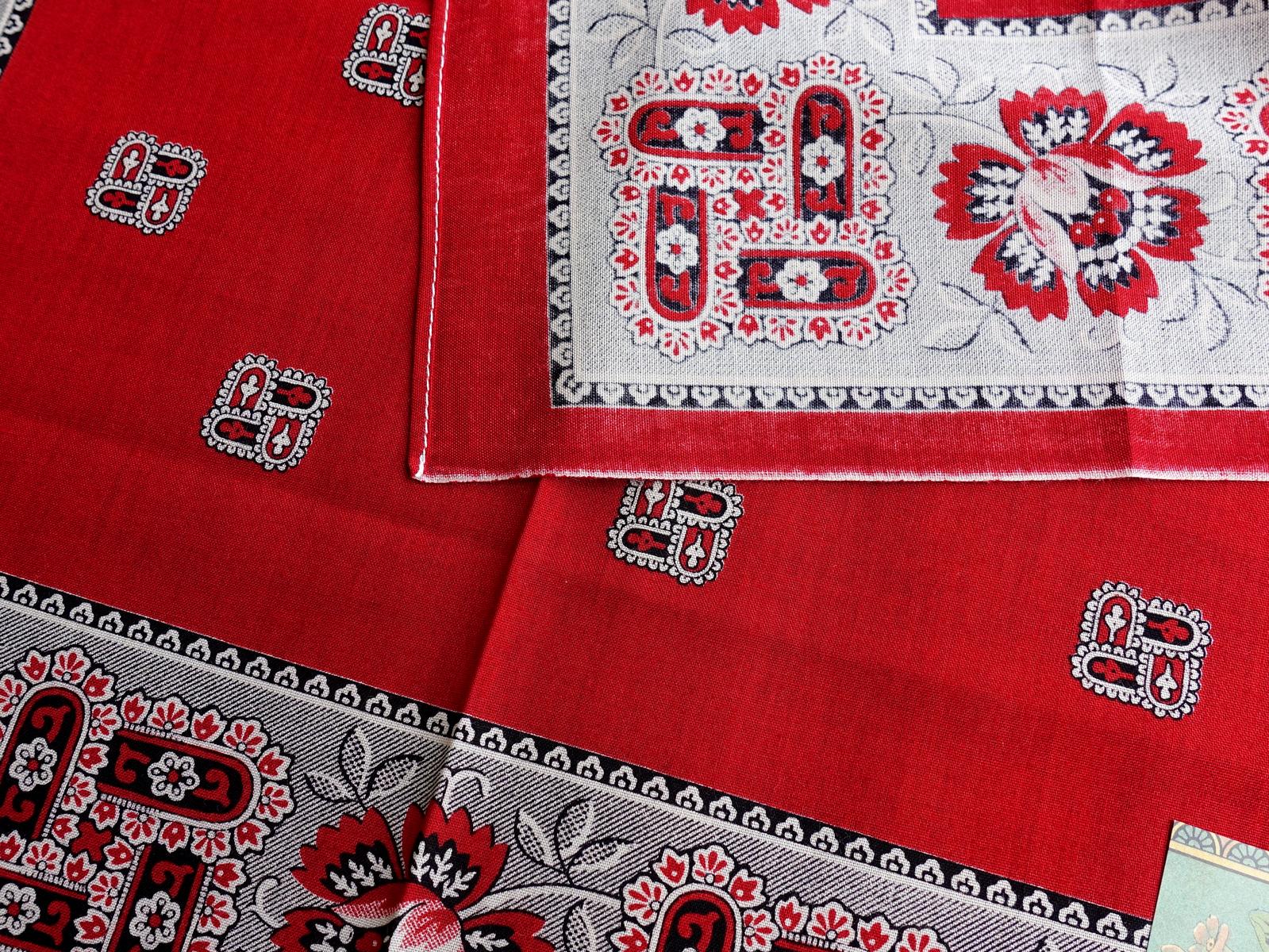 The fabric is strong for its light-weight.

The drape is fantastic. 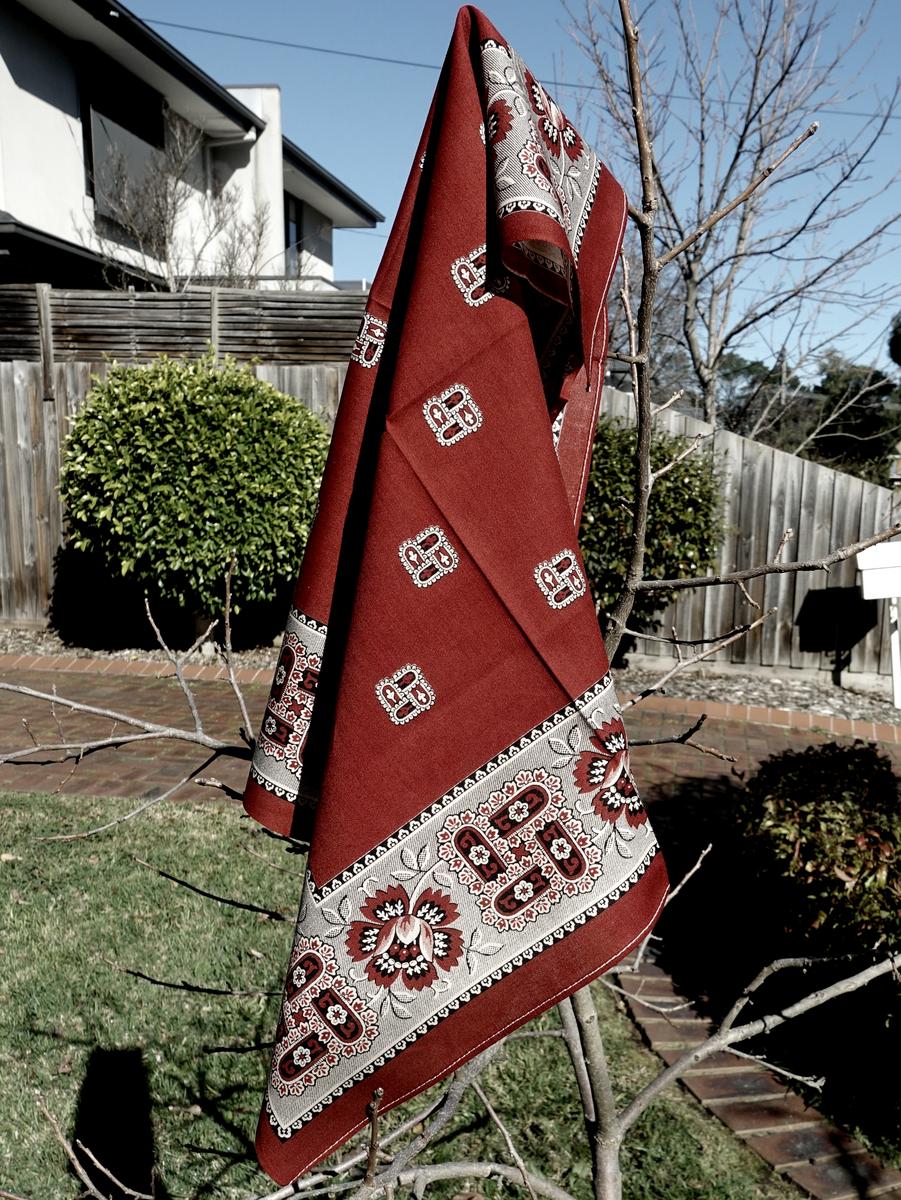 The hand-feel is more luxurious than most cotton bandannas I’ve handled previously.

The surface catches the fingertips a little more than a fine silk bandanna – more organic, yet still comfortable against the skin. 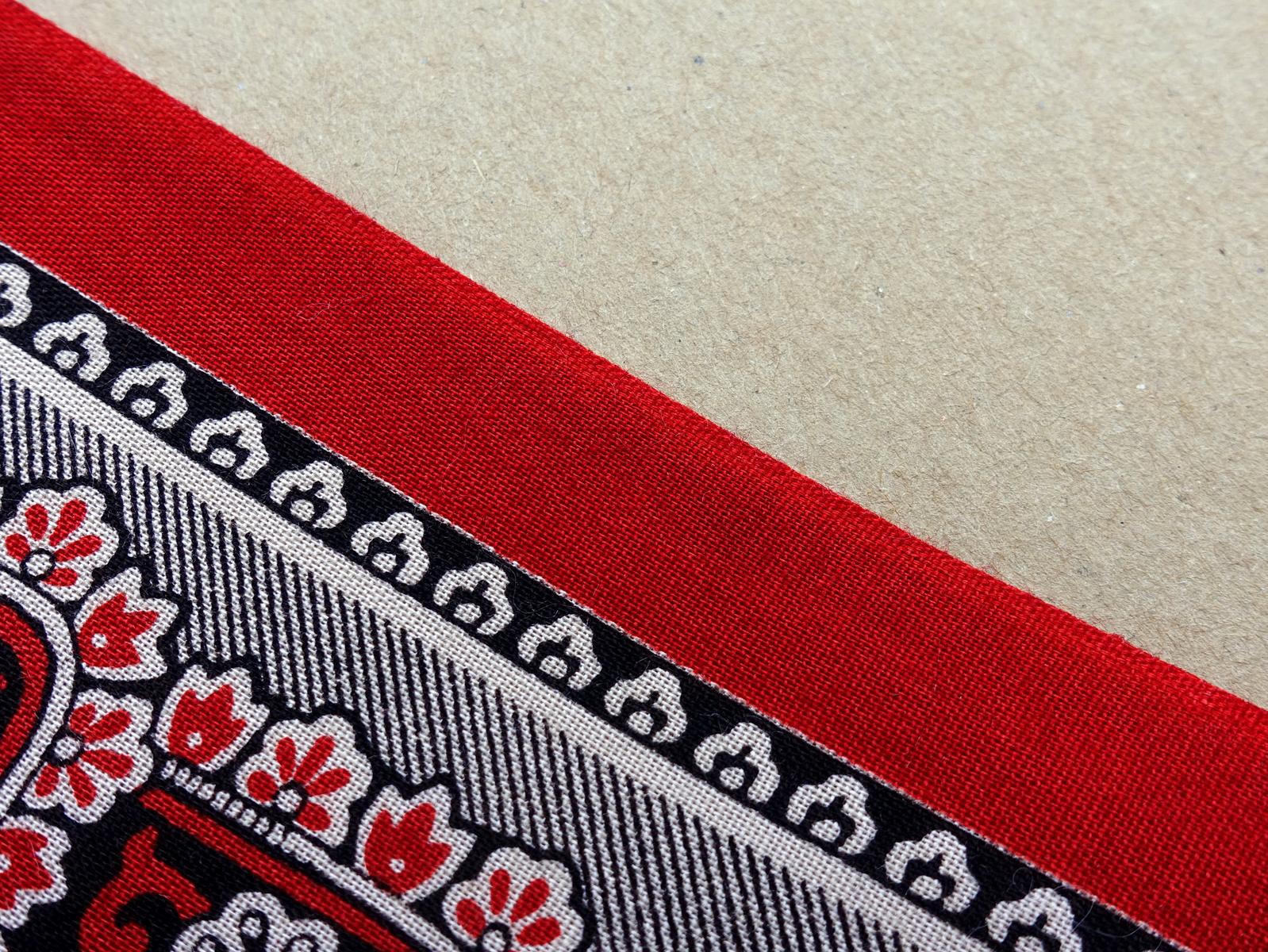 The actual weave itself is more variegated and a little denser than most modern bandanna cloth.

If you are a bandanna enthusiast or a fan of early century menswear, Two Ears Brand is looking to become your bandanna maker of choice. I must say, this Marvel bandanna is the finest in my small collection so far. 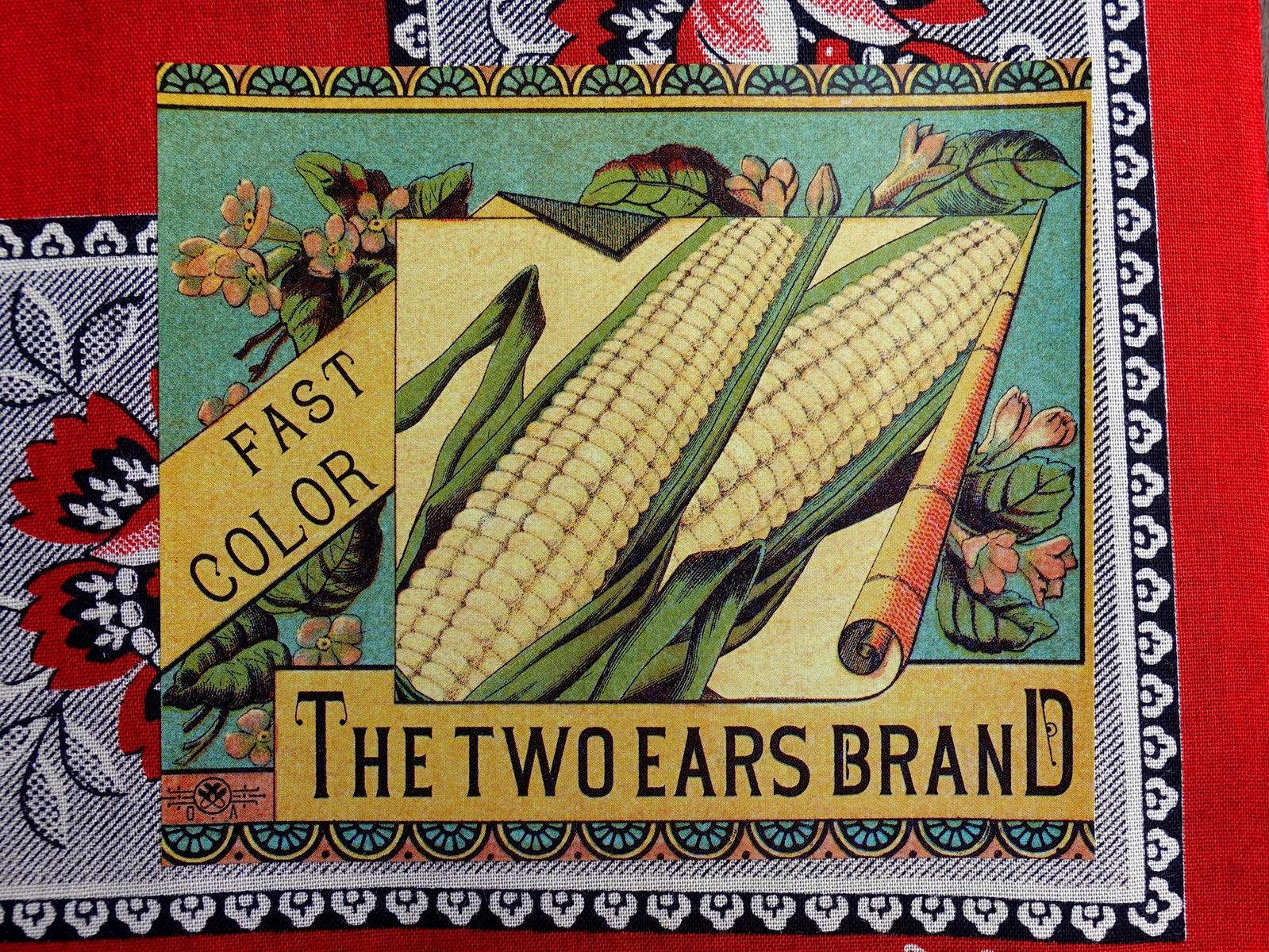 Firstly, the print is out of this world – much finer and more intricate than anything else I have seen so far. The heavy border, tulips and square paisley have true vintage flavor, which isn’t surprising given the sample design was from 1880.

There is a big difference here between the Marvel and other modern bandanna which have bold designs – the Marvel print is not busy… it’s delicate. Most of the bandanna feature little square paisley seemingly rotating in a sea of red. There is a great balance between space and tracings. 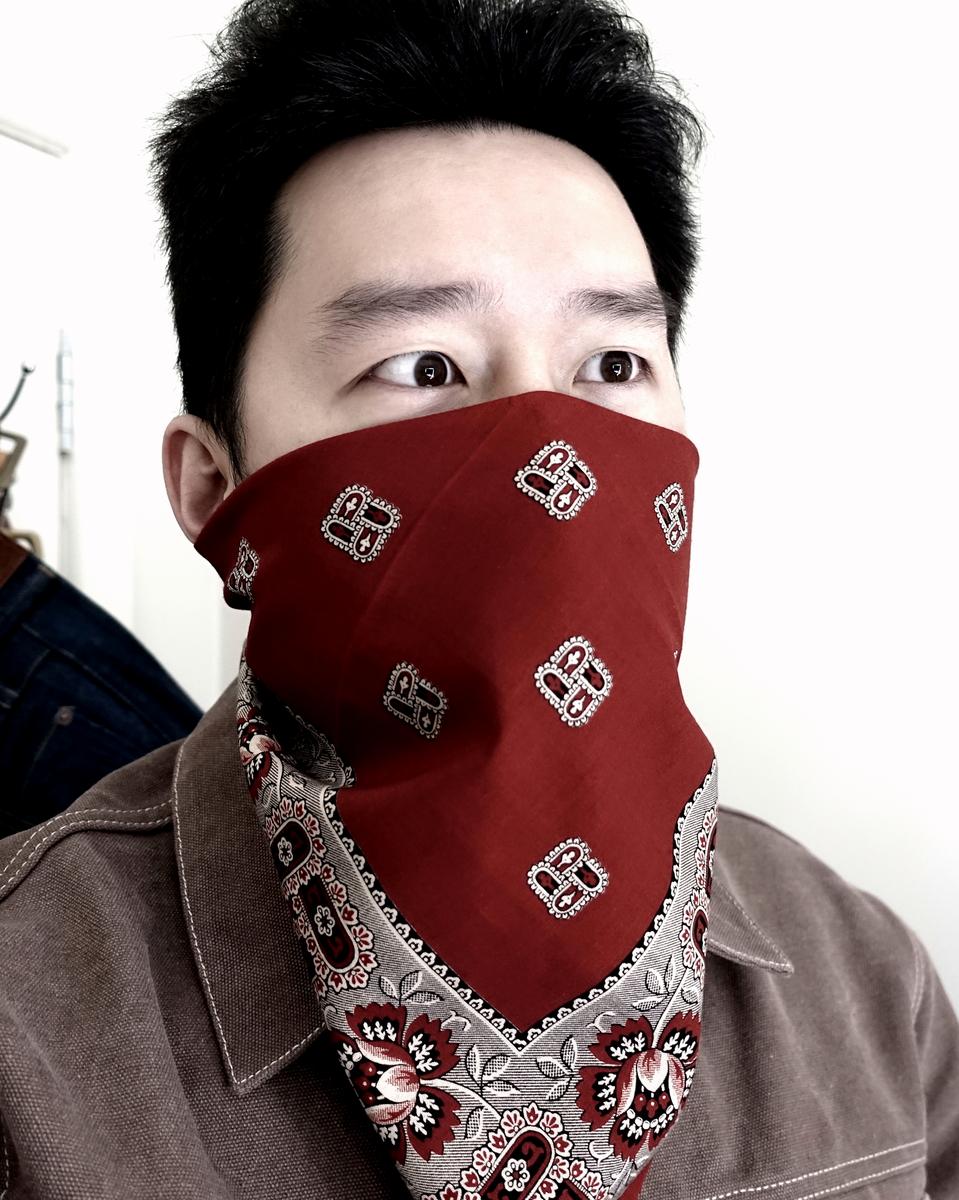 The fabric is also very luxurious. A finer cotton bandanna cloth I have not seen – the feel against the skin is silkier compared to my other Japanese bandannas. The two sided selvedge is pretty cool – not many makers have released two sided offerings (Japan Blue Group brands come to mind), with most higher-end brands using wider loomed fabrics and cutting the cloth to make one sided selvedge.

The overall quality, all aspects considered, is a tier above most bandannas released by the Japanese heritage wear brands, and way nicer than the American Hav-A-Hank stuff. The closest competition would be Kapital’s bandannas, and perhaps natural hand-dyed bandannas from small-studios. 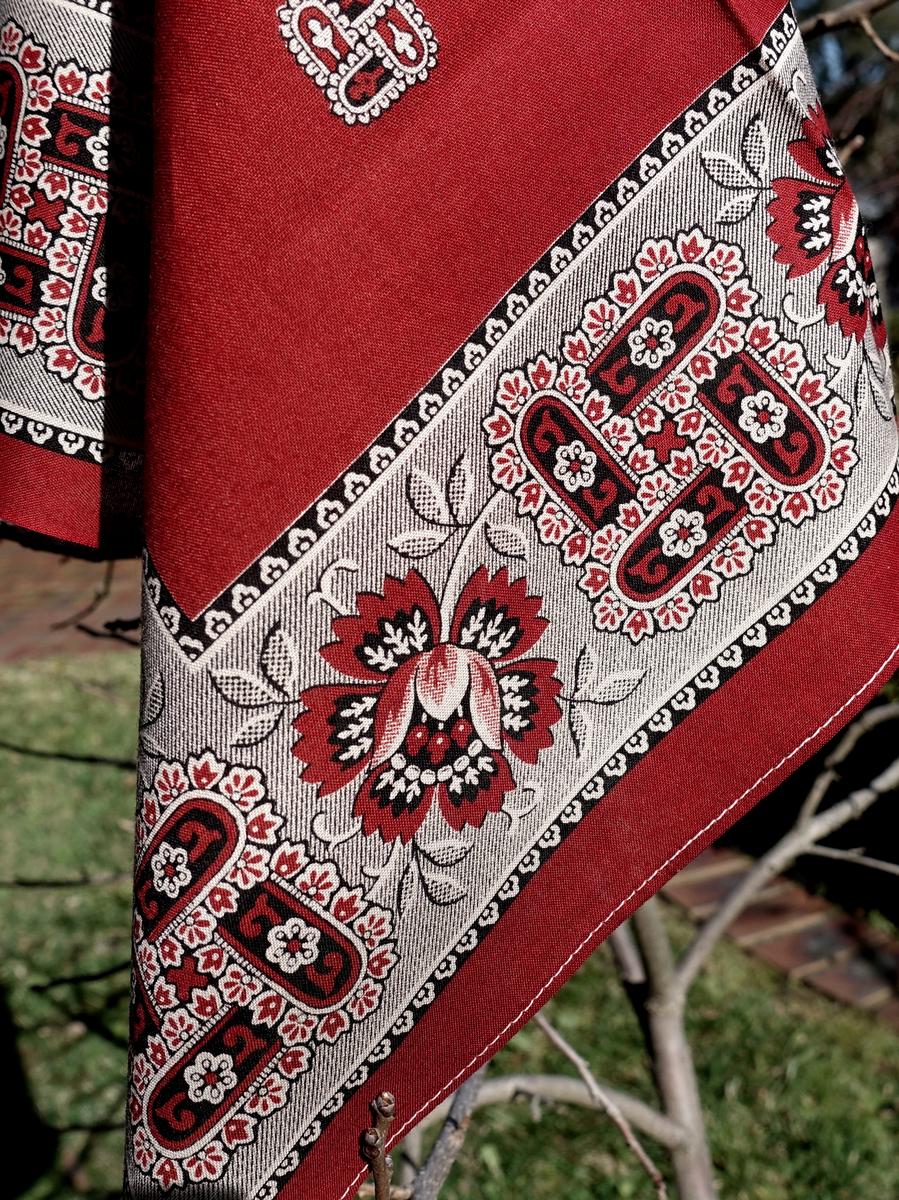 At $50 USD, however, the Marvel is a fairly expensive bandanna. Two-sided selvedge bandannas from Japan Blue or Momotaro Jeans can be had at half the price, though the print is nowhere near as good as the Marvel. Many Kapital bandannas are more expensive, but then you’re paying for the brand name too. Thus, as far as the highest tier of bandanna are concerned, Two Ears Brand can be seen as the new comer offering good value, and a fresh take on true vintage designs.

The Marvel is not for everyone, given the pricing and the 1880 reproduction print. Reproduction enthusiasts, bandanna collectors and well-to-do hobbyists will delight in this Marvel bandanna. Beginners to heritage menswear or folks on a budget should look at offerings in the tier below, starting perhaps with selvedge bandanna in the $20 to $30 range. 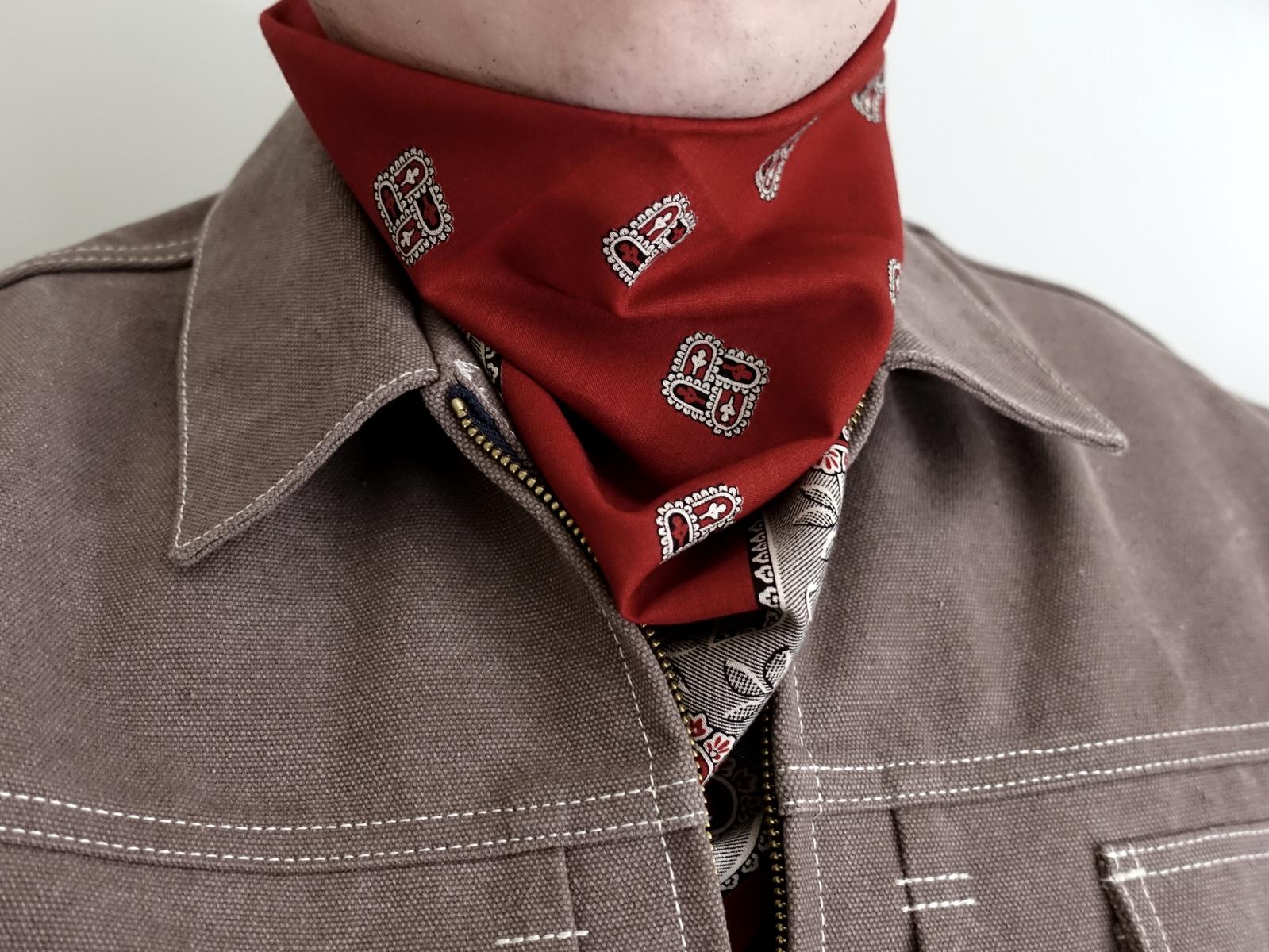 The Marvel is a bandanna, which, for me, was love at first sight. Check out the Two Ears Brand website for more details.